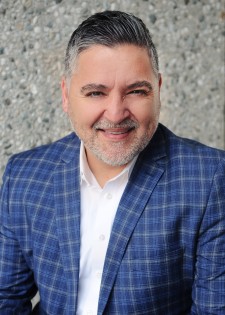 LOS ANGELES, August 1, 2019 (Newswire.com) - Lendistry welcomes former Bank of America Vice President, David Fierro, to the firm as Director of Sales. Prior to joining Lendistry, Mr. Fierro led a cluster of branches within Bank of America’s Small Business Banking for the South Bay Market, where his focus was to support and help drive the Small Business Segment. David is results-driven and mission-minded. Mr. Fierro says, “I joined Lendistry to make a difference in my community.”

The banking veteran launched his 20-year career at Bank of the West, where he was Vice President and the Center Manager of multi-site offices, growing his last assignment to one of the top 10 branches in the bank. After 16 years at Bank of the West, Mr. Fierro joined Citizens Business Bank as Vice President Relationship Manager to Manage portfolios and develop Lending opportunities with combined Centers located in the greater Los Angeles basin before moving to Bank of America.

Mr. Fierro will be tasked with growing sales at Lendistry through training and accountability. While he believes in the formula that activities equal results, he stresses that there is a balance between quality and quantity. “It’s the right activities that get results,” he says.

Lendistry’s suite of small business financing products includes SBA, traditional term and commercial real estate loans, and lines of credit. When asked about selling Lendistry to consumers, Mr. Fierro says without hesitation, “The easiest part of selling Lendistry is the efficiency in closing deals. I’ve never seen anything like it.”

While traditional credit culture is at the core of Lendistry’s underwriting, it will be an adjustment for Mr. Fierro at a fast-growing start-up after so many years in traditional banking but a challenge he speaks about with enthusiasm. He looks forward to being able to think outside the box and make a direct contribution to the growth of the company.

Since launching in 2015, Lendistry has become a Community Development Financial Institution (CDFI), an SBA-approved lender, and member of the Federal Home Loan Bank of San Francisco. The small business lender has originated over $100 million in financing and has a loss rate of less than 2%.

​Lendistry is a minority-owned, technology-enabled CDFI small business and commercial real estate lender that has financed $100 million+ to small business owners and their underserved communities. Headquartered in a Los Angeles Opportunity Zone with future offices slated for Baltimore and Philadelphia Opportunity Zones in 2020, Lendistry ranks 2nd nationwide in SBA Community Advantage lending and is a member of the Federal Home Loan Bank of San Francisco.

Lendistry's mission is to provide economic opportunities and progressive growth for small business owners and their underserved communities as a source of financing and financial education.

Lendistry CEO, Everett K. Sands, to speak at the US Department of Treasury
Lendistry - Mar 2, 2020

Lynn Fernandez Steps Up Her Role at Lendistry as Executive VP of Sales
Lendistry - Dec 5, 2019

Constance Anderson Takes the Helm as President of the Center for Strategic Economic Studies and Institutional Development
Lendistry - Nov 6, 2019
Newswire