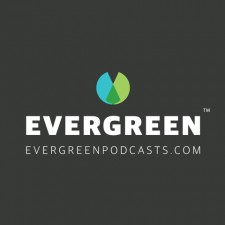 “It's an honor and a privilege to partner up with Buddy Martin Media and Evergreen to present The Best Fridays in Football podcast with Coach Urban Meyer and Terry Bradshaw,” said host Buddy Martin. “I know football fans will love hearing coach Meyer, Bradshaw and our team talking about the sport that we all love. I am excited to team up with Evergreen!”

Martin also said he was thrilled to be working with all-star creatives like Director Brenden Martin, pioneer, founder and executive producer of the nightly Buddy Martin Show, and esteemed documentarian/producer/director Andy Billman, who co-hosts the popular “Andie’s Candies” gambling segment.

“The reason I wanted to do this podcast with Buddy Martin? He is a well-respected journalist who loves and understands football,” quipped Urban Meyer, “and he knows how to celebrate the game through telling important stories with style, grace and respect. And we have fun! That really does make it The Best Fridays In Football.”

The Best Fridays in Football is the landmark show that joins Pit Pass Moto as an anchor for Evergreen’s improving catalog of sports podcasts. In the coming weeks, Evergreen will be launching five other sports podcasts that will range the gamut of sports and unique personalities.

"Buddy Martin is one of the most respected names in college football,” offered Gerardo Orlando, Vice President of Network Development at Evergreen Podcasts, “and we're thrilled to introduce this weekly podcast that pairs him with two football legends in Urban Meyer and Terry Bradshaw."

Buddy Martin, host of The Best Fridays in Football, will be available for all media interviews including TV, radio, print and online services. Please contact Evergreen Podcasts press contact as noted below.

About Evergreen Podcasts
Evergreen features a growing catalog of entertaining and informative podcasts, rooted in high creative values and production quality. We are a community where people think big, capturing the color and diversity of modern thinkers. From entrepreneurs and musicians to philosophers and artists, Evergreen is in the business of uniting audiences with boots-on-the-ground storytellers. Evergreen’s talented creative team works with top brands and thought leaders to publish inspiring stories through branded content, original shows, and partner podcasts.

Evergreen Podcasts was founded by Joan Dolan Andrews in January of 2017. During its first year of operation, Evergreen launched four podcasts with nearly 18,000 podcast downloads. Today, the company has 58 podcast programs and is on pace to deliver more than 4 million podcast downloads in 2020.

Podcasts published by Evergreen include From First Lady to Jackie O., This American President, The Medal of Honor Podcast, Burn the Boats, The Chad & Cheese Podcast, The Talent Cast, Professional Book Nerds, Banking Transformed, Roots of American Music, Your Teen, Up2, and Novel Conversations. All podcasts produced and distributed by Evergreen Podcasts can be streamed globally on Apple Podcasts, Spotify, Pandora, and other major podcast platforms.

An emergent podcast network based out of Cleveland, OH 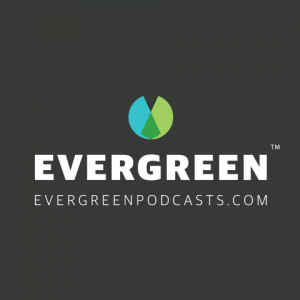 Former CNN Network Anchor Carol Costello Teams Up With Evergreen Podcasts for True Crime Debut
In the new series, Costello revisits the brutal attack of Phyllis Cottle, a woman savagely assaulted on her way to work in Akron, Ohio, in March of 1984.
Evergreen Podcasts - Jan 24, 2023