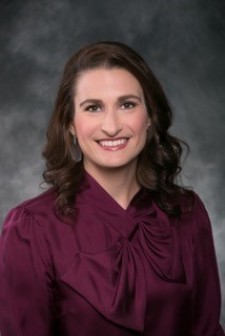 Follett most recently served as Senior Vice President of Marketing Strategy and Classroom Initiatives for Follett School Solutions, the leading provider of integrated content and technology solutions to the PreK-12 education space.

“Britten’s proven track record of driving customer loyalty, thought leadership in the industry and customer advocacy for our School Library, Classroom and Book Fairs segments make her the ideal leader for our PreK-12 business,” said Pat Connolly, President and CEO, Follett Corporation. “She is more than ready for this opportunity, and I’m confident Follett School Solutions is well positioned for even greater success and growth in the years to come.”

Follett School Solutions has long been the No. 1 provider of content and technology solutions to school libraries at more than 70,000 schools and school districts. In her new role, Follett will be responsible for marketing and sales in the United States and Canada, customer service, strategic alliances and publisher relations. Following the recent release of several classroom solutions – including Follett Classroom Libraries, MyDestiny, Follett Book Fairs, and Follett eFairs – Follett and her teams will accelerate the expansion of these strategic growth areas for the company.

“The industry reception to MyDestiny and our Follett Book Fairs growth initiatives has been tremendous,” said Follett.  “Solutions like these help librarians, teachers and administrators drive literacy and learning in schools and communities everywhere.  I’m excited to lead an outstanding team dedicated to this core purpose.”

Follett joined the company in 2010 as Marketing Manager with Follett International and has since held various roles in marketing, communications, eCommerce and strategy. Her work has helped to establish the foundation for the Future Ready Library framework, which has changed the conversation about the role of a school librarian and influenced the future of libraries in schools nationwide.

Follett also continues to stay active with the Follett Challenge, which annually rewards $200,000 in products and services to schools and districts with innovative educational programs that teach 21st century skills to students. The competition was created and launched in 2011 by her father, Chuck Follett, then President and CEO of Follett Corporation.

In 2015, Britten Follett was selected by the Northwest Herald as “The Best Under 40,” an honor sponsored by the Crystal Lake, Ill.-based daily newspaper that recognizes area business leaders under the age of 40 for their career achievements and community involvement.

Prior to joining Follett, she was a television reporter for 10 years including four years at KOKH, the Fox affiliate news station in Oklahoma City. A storyteller at heart, Follett’s investigative reports at KOKH earned her Emmy and Edward R. Murrow awards. She also wrote, published and brought to market a top-selling book, Who Killed Kelsey?, a critique of the child welfare system that resulted in the murder of a two year-old Oklahoma girl. She remains passionate on the topic of child welfare and is a sought-after speaker on the topic of child abuse prevention.

About Follett’s PreK-12 Business| FollettLearning.com
Follett is the largest provider of educational materials and technology solutions to PreK-12 libraries, classrooms, learning centers and school districts in the United States, and a major supplier to educational institutions worldwide. Follett distributes books, reference materials, digital resources, ebooks and audiovisual materials, as well as pre-owned textbooks. Follett also is one of the leading providers of integrated educational technology for the management of physical and digital assets, the tracking, storing and analyzing of academic data, and digital learning environment tools for the classroom focusing on student achievement.