Florida Human Rights Watchdog Protects the Rights of the Vulnerable 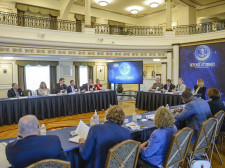 LOS ANGELES, August 18, 2021 (Newswire.com) - The Baker Act, the mental health law in Florida that allows for involuntary psychiatric examination of individuals no matter their age, has come under fire by Citizens Commission on Human Rights (CCHR). A mental health watchdog established by the Church of Scientology in 1969, CCHR is dedicated to eradicating abuses committed under the guise of mental health. Attorney Justin Drach and CCHR Florida President Diane Stein, featured in episodes of Voices for Humanity on the Scientology Network, have joined forces to educate Florida attorneys on how to protect the rights of children and the elderly suffering involuntary confinement in mental health facilities.

Through the Baker Act, a senior citizen can be sent for an examination against their will and without consulting the family or guardian. What's more, the receiving facility is legally permitted to hold the senior for up to 72 hours.

The elderly and children are particularly vulnerable to abuse, says CCHR.

"We have received hundreds of calls involving the Baker Acting of seniors, and in many instances, the person did not meet the criteria for involuntary examination but instead was suffering from an untreated medical condition," says Diane Stein, president of the Florida chapter of CCHR.

According to the U.S Department of Health and Human Services Administration on Aging, "Sudden and unexpected relocation is associated with depression, increased irritability, serious illness and elevated mortality risk for the frail elderly."

"It is well past the time for our lawmakers to address the abusive Baker Acting of our elders, and we will be asking them to take effective action in the next session," says Stein.

In an episode of Voices for Humanity on the Scientology Network, Stein describes how she first became aware of the Baker Act: her mother was Baker Acted by police who were called when she experienced an adverse reaction to medication. CCHR helped Stein secure the release of her mother. The incident made her a fierce advocate for others whose rights are abused in the field of mental health.

Working with attorney Justin Drach, an expert in the Baker Act and an ardent advocate for those committed against their will and their families, they not only secure freedom for Baker Act victims, they also provide continuing education for attorneys on how to navigate the system and secure the release of Baker Act victims.

"Recent proposed changes to the laws in Florida concerning the use of the Baker Act with children will afford much needed greater protection of parental rights," said Stein in announcing a virtual continuing legal education course for private practice attorneys led by Drach last month.

Their episodes of Voices for Humanity are available on the Scientology Network at DIRECTV 320. These episodes can also be streamed at Scientology.tv and through satellite television, mobile apps and via the Roku, Amazon Fire and Apple TV platforms.