With 31 communities spanning from Apollo Beach to Naples, the builder’s three fastest-selling communities in its north division during the first quarter of 2019 included Grand Palm and Milano in Venice and two Parrish communities of Silverleaf and Canoe Creek.

“After several months of steady sales, we experienced a marked increase in qualified sales traffic and homebuyers ready to move forward in March,” said Michael Storey, president of Neal Communities.

According to the REALTOR® Association of Sarasota and Manatee, the median sales price of single-family homes in the local market is up 5.3 percent, and the number of homes sold is up 4.2 percent. The amount of available inventory in the market is up 13.6 percent from last year with a 5.4-month supply of available inventory in the Sarasota County market.

“While the appreciation of home prices has slowed in Florida, it is still moving upwards in our markets,” said Storey. “At Neal Communities, our financial position allows us to continuously provide move-in-ready options for buyers, which allows us to compete effectively with the resale market.”

Other factors that were likely contributors to March’s record-breaking sales numbers include favorable market conditions, such as positive consumer confidence, low unemployment rates and the lowest mortgage rates in more than a year.

“Right now represents an outstanding opportunity to buy a home,” said Steve Abraham, president of Neal Communities Funding, the builder’s in-house mortgage lender. “Interest rate expectations are understandably colored by a historically long period of very low rates, but people forget those lows are the result of severe, some would say catastrophic, economic circumstances. In other words, waiting for the lowest rates achieved in the last several years to return means waiting for another dismal, urgent economic problem to arise. With last year’s rise in rates followed by this pull-back, buyers should be jumping in and buying now. At the moment, homebuyers who wait will probably purchase a more expensive home at a higher interest rate.”

Neal Signature Homes, the firm’s luxury home division, sold 14 homes in the first quarter, with more than half of those selling in March.

In 2019, Neal Communities will unveil three new neighborhoods, including Poinciana in Manatee County and Cielo and Vicenza in Sarasota County. Two more communities will open in the first quarter of 2020. Neal Signature Homes will open a new model home in Country Club East at Lakewood Ranch this summer, and the luxury builder’s newest community, Aria, is anticipated to open in summer 2019.

In its south division, encompassing Lee and Collier Counties, the builder sold 76 homes in the first three months of the year and celebrated several milestones, including 36 homes sold in March. The region’s most notable neighborhoods included Avalon of Naples, Marquesa Isles and Richmond Park in Naples and Windsong and Verandah in Fort Myers.

The south division also held three grand opening events to reveal the private, villa-style community of Marquesa Isles, its enclave of well-appointed homes at Windsong and the 1,456-acre gated golf course community at Verandah. In January 2020, the team plans to open its newest neighborhood Seychelles in Naples with the builder’s popular luxury carriage homes.

With over 40 years of building award-winning homes, Neal Communities has over 90 successful communities throughout Southwest Florida. The Lakewood Ranch-based builder was named the Professional Builder 2015 “Builder of the Year” and was named one of 2012’s “America’s Best Builders” by BUILDER Magazine and voted the “2013 Best Residential Builder in Southwest Florida” in a readers’ poll sponsored by Gulfshore Business Magazine. The company is ranked No. 1 locally by Metrostudy and by Hanley Wood Market Intelligence based on number of home sales and ranked nationally among the top 50 builders by BUILDER Magazine. 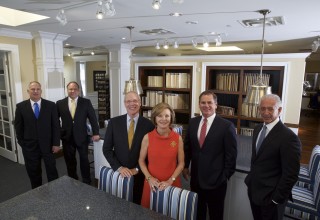 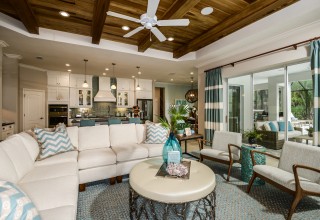