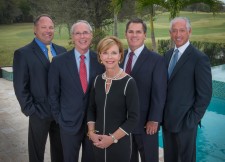 This marks a more than six percent increase in sold homes from 2016.

For 47 years, I have pursued a conservative business model. We emphasize low leverage, low debt and low risk. Furthermore, Neal Communities is generating capital available for the business every year, and we continue to expect moderate growth.

Pat Neal, CEO and chairman of the board at Neal Communities

“For 47 years, I have pursued a conservative business model,” said Pat Neal, CEO and chairman of the board at Neal Communities. “We emphasize low leverage, low debt and low risk. Furthermore, Neal Communities is generating capital available for the business every year, and we continue to expect moderate growth.”

“The Neal family have been serving this community since the late 60s,” said Michael Storey, president of Neal Communities. “We have many repeat buyers, some on their fifth Neal home because they recognize that we select, plan, develop and manage with a high attention to detail and integrity throughout the building process. We have an incredibly talented team, who are carefully selected and vetted against our guiding principles, and we are highly integrated and offer one-stop shopping through the home purchase for a seamless customer experience.”

Sales started off slower than expected in the first quarter of 2017 but picked up over the summer months, putting the builder ahead of expectations going into September. Hurricane Irma was disruptive operationally and in sales, but the builder rebounded in the third quarter of the year.

“With available inventory in the resale market at historically low levels locally and nationally, we are able to compete with that market and streamline the buying process,” said Storey. “We remain a market leader in this area and are better able to accommodate the needs of a wider range of buyers than most competitors.”

Forty percent of the builder’s home sales in 2017 were inventory homes or move-in-ready homes for immediate occupancy.

Traditionally, the builder has focused on building most homes priced between $250,000 and $500,000, limiting creation of more expensive homes, priced from approximately $700,000 to $2.2 million by Neal Signature Homes, to about 100 homes per year.

Communities in the builder’s south Sarasota County neighborhoods dominated in its 2017 sales. Grand Palm, Neal Communities’ popular master-planned community in Venice, led with 179 sales. In 2017, the builder dedicated and opened Aucilla Road, which was created specifically to serve as a new entrance for the community. Located off River Road in Venice, the new entry and road gives residents on the east side access and further helps to reduce traffic at the other two existing entrances. The new road, which stretches for 3,300 feet, intersects at Observation Boulevard and leads all residents and visitors to the Discovery Center at Wacissa Drive.

Other notable neighborhoods included Milano in Venice with 115 sales and Silverleaf in Parrish with 97 sales.

While its target demographic continues to be older people with active lifestyles, the Neal team says buyers in the 25 – 44 age demographic are clearly returning to the Southwest Florida home market.

“This buyer is clearly more predominant in other regions but is present and underserved in southwest Florida,” said Neal. “We are currently working hard on expanding our brand to appeal to this segment and serve them as well as we do the older and active population,” said Neal.

“People want to live in southwest Florida,” said Neal. “We have noticed for the first time that people are voting with their dollars to move away from states which have had difficult economies, high taxes and deterioration in the quality of life.”

Neal expects to open eight new opportunities for sale in 2018 and plans to introduce affordable homes, as required by Sarasota County’s Comprehensive Plan over the next five years.

In its south region, encompassing Lee and Collier counties, the builder is growing consistently and is now the fifth largest builder in Lee County. With 251 year-to-date sales in this division, the home builder saw significant sales at Avalon of Naples, its first condominium community, with 33 percent of the neighborhood now sold. Watermark in Fort Myers is 75 percent sold out, and the popular communities of Canopy, Estero Place and Reflection Lakes have limited opportunities remaining for homebuyers. In 2018, several new neighborhoods will open in this market, including Marquesa Isles, Richmond Park, Verandah and Windsong.

“The significant growth over the past few years in Lee and Collier Counties is a testament to the value buyers perceive from the Neal brand,” said Michael Greenberg, the southwest Florida regional president for Neal Communities. “It’s a company that demonstrates detailed planning throughout the home buying process, a high level of integrity and constant tweaking after studying buyer trends to create communities and homes of distinction.”

With over 40 years of building award-winning homes, Neal Communities has over 70 successful communities throughout southwest Florida. The Lakewood Ranch-based builder was named the Professional Builder 2015 “Builder of the Year” and was named one of 2012’s “America's Best Builders” by BUILDER Magazine and voted the “2013 Best Residential Builder in Southwest Florida” in a readers’ poll sponsored by Gulfshore Business Magazine. The company is ranked No. 1 locally by Metrostudy and by Hanley Wood Market Intelligence based on number of home sales and ranked nationally among the top 50 builders by BUILDER Magazine.

Sarasota Development Firm Under Contract for Mira Mar Building on Palm Avenue
New owner plans to rebuild and bring property up to code and back to life
One Eight Oh PR - Jun 13, 2022