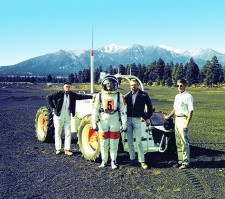 FLAGSTAFF, Ariz., July 11, 2018 (Newswire.com) - ​​​​​​Experience Flagstaff’s scientific role in the Apollo Moon missions and the Flagstaff Lunar Legacy 18-month celebration of the 50th Anniversary of the first Moon landing. Visit Flagstaff for this celebration of one of humankind’s greatest achievements of setting foot on the Moon.

When Neil Armstrong stepped onto the Moon on July 20, 1969, he at once met the audacious challenge of President John F. Kennedy to land an American safely on the Moon, while turning our species into citizens of the world. Over the ensuing three years, 11 other people walked on and explored the Moon. This was made possible only with years of preparation occurring in northern Arizona, including astronaut science training, instrument development and lunar mapping.

-  Every one of the 12 astronauts who walked on the Moon, from Neil Armstrong to Gene Cernan, prepared for their journeys in northern Arizona.

-  For decades Flagstaff has and continues to be an epicenter for space science studies.

Lift-off event launches July 20, 2018 in downtown Flagstaff at the Orpheum Theater and there are Flagstaff happenings through 2019, which include exhibits, lectures, book signings, demonstrations, lunar photography, guided hikes, entertainment, and restaurants and bars offering moon-themed dishes and drinks. A calendar of events is available at www.flagstaffarizona.org/lunarlegacy.

Flagstaff is only 80 miles from the Grand Canyon an ideal home base for visitors to explore some of the most spectacular scenery in the world. Visitors experience Route 66, a charming historic downtown with trains, shopping, art galleries, events, music, restaurants and nightlife. Flagstaff is the World’s First International Dark Sky City, the discovery of Pluto occurred at Lowell Observatory and the men who walked on the Moon trained in Flagstaff. This mountain town is located at a cool 7000 ft. in the World’s largest contiguous ponderosa pine forest surrounded by Native American culture and National Monuments plus outdoor enthusiasts enjoy four seasons with summer hiking or biking, fall colors, winter sports and spring wildflowers. Flagstaff is a foodie paradise with amazing chefs featuring more than 200 restaurants. Flagstaff is designated by the Governor as “Arizona’s Leading Craft Beer City and “Arizona’s Official Winter Wonderland.” Flagstaff proudly boasts a wide variety of cultural, historic and scientific attractions.  Fly direct to Flagstaff on American Airlines with three routes to serve you Phoenix (PHX), Los Angeles (LAX) and Dallas (DFW.)

“Flagstaff, the destination for all seasons.” 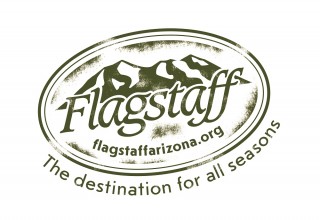 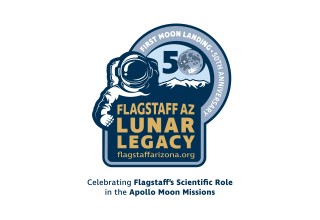 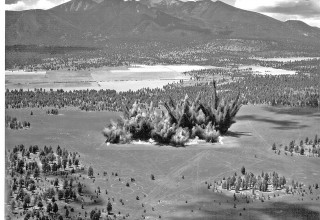 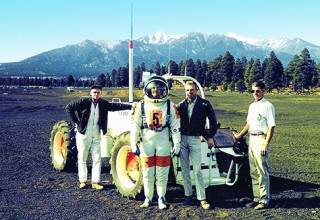 Flagstaff, Arizona's destination for all seasons 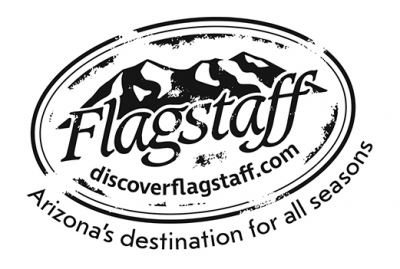