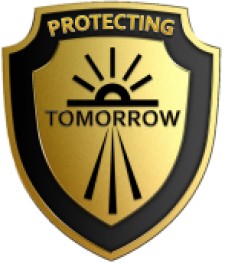 In recent months, CYBERPOL received endorsements from major international players in the cyber security domain with involvement from both public and private sector organizations.  In addition, CYBERPOL received support from law enforcement agencies active in the international cyber security landscape that have recognized the need for cross-border collaboration in support of the fight against global cyber crime.

The President of CYBERPOL, Mr. Ricardo Baretzky advised that the door is open for all countries to join CYBERPOL in this quest to make the internet a safer global environment for all.

The newly appointed Secretary General of CYBERPOL, Mr. Jay McGowan, informed media sources that CYBERPOL is on track to become a significant cyber crime information sharing capability, with requests to participate increasing as the CYBERPOL reputation and objectives become public.

“The need for cross border collaboration in the fight against the ever-growing risk and level of sophistication deployed by online adversaries requires a coordinated effort; CYBERPOL provides a vehicle to make this happen,” said Mike Loginov CEO Ascot Barclay Group.

The first international CYBERPOL Cyber Security Summit occurred in Brussels, Belgium on 17 and 18 Nov 2015.  The event received much attention with dozens of officials from the international community.  CYBERPOL continues to grow steadily with official representation across multiple countries; including the Unites States, United Kingdom, Denmark, Africa, Hungary, and Italy.

CYBERPOL has continuously demonstrated its effectiveness by sharing undisclosed critical vulnerabilities to appropriate partners and officials, and worked together to mitigate some of the most unique and complex cyber related threats the world faces today.