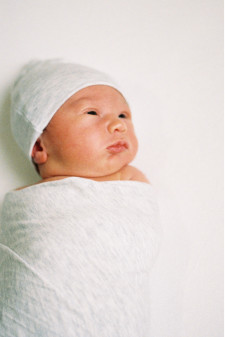 CARLSBAD, Calif., December 30, 2020 (Newswire.com) - The Association for Creatine Deficiencies is thrilled to announce that, for the first time, a newborn baby has been diagnosed with Guanidinoacetate methyltransferase (GAMT) deficiency through newborn screening. The baby boy was identified through the state of Utah's newborn screening program, which has tested all babies born in Utah for GAMT since 2015. This is the first newborn identified with GAMT solely by newborn screening and without a family history. This infant's diagnosis will likely open the door to many more states and countries adding GAMT to their screening panels.

GAMT Deficiency is caused by mutations in the GAMT gene. Due to a lack of the GAMT enzyme, patients with GAMT are unable to break down the guanidinoacetate (GAA) formed in the first step of creatine synthesis. This results in a buildup of GAA which is believed to be toxic to the brain at high levels and causes damage that accumulates over time. With treatment early in life, severe neurological symptoms including intellectual disability, limited speech development, recurrent seizures, autistic-like behavior and involuntary movements can all be avoided. Treatment is aimed at reducing GAA production and supplying the creatine that is not produced by the body. Patients are typically prescribed oral supplements of creatine monohydrate and l-ornithine. Some physicians also recommend diet restrictions and sodium benzoate supplementation to further minimize GAA accumulation.

The newly diagnosed infant, Woodward Tribe, will be able to live a typical, healthy life because he can receive treatment for GAMT, an otherwise debilitating disorder, at such a young age, thanks to the newborn screening test. His parents, Stewart and Becky Tribe, shared their experience with their son's diagnosis, and according to Stewart Tribe, "During the COVID lock-down in April, we decided to make the move from California to Utah. It was an impulsive decision at the time that we now recognize as nothing short of an alignment of stars for our family and newborn son Woodward.

"Had we not moved and delivered Woodward in a hospital in Utah, he never would have been screened for GAMT," Tribe continued. "Without Utah's newborn screening we'd likely spend years frantically searching for a cause to Woodward's developmental delays. But thanks to a community of highly specialized doctors, dietitians and passionate parents with children with GAMT—who all just happen to be located here in Utah—we don't have to. We're stunned by the serendipity of it all and beyond-words grateful for the treatment Woodward is now receiving at such a young and crucial age."

Advocacy for the inclusion of GAMT on newborn screening panels has been a major ongoing focus for the ACD. The organization's Newborn Screening Committee has advocated at both the federal and state levels across the United States.

About Association for Creatine Deficiencies