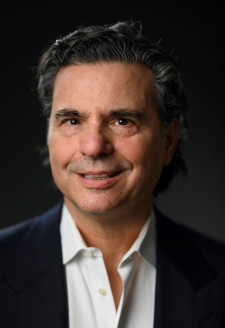 "Many of the early building blocks of technology are now a commodity, and digital infrastructure, like cloud services and data analysis, is at scale. This in turn is allowing many traditional markets to move from analog to digital to W3 faster than ever. It is creating data streams of unprecedented size and we are seeing a shift to new companies that are solving really complex combinatorial problems. It is exciting. When we look at the current supply chain and the shifting bottlenecks in supply and demand, the opportunity to create lasting impactful change in the food value chain is significant," said Ciriello. "Finistere has been a persistent investment change agent for this market vertical, and I could not pass up the opportunity to invest alongside Spencer Maughan. I am looking forward to working with the entire Finistere Ventures team to help accelerate a sustainable and robust food supply chain."

Having backed companies now valued at over $5 billion, the Finistere Ventures team includes an expansive network of investors, entrepreneurs, scientists and industry pioneers with established offices in Palo Alto and Southern California. With the addition of Mr. Ciriello, who has managed over $500 million in venture capital, generating a number of "unicorn" technology companies, Finistere strengthens its reach across key hubs of US technology innovation and augments its capabilities by adding a proven investment authority.

"With Finistere Ventures Fund III operational, we are actively expanding our investment reach and capabilities. Having Paul Ciriello join our team is an added endorsement of what we have built to date and the opportunity in front of us. Significantly, it opens the door to us to more fully capture opportunities in the Boston-Cambridge corridor, a key area of venture capital and innovation," added Maughan. "We have enjoyed being co-investors together and Paul's unique experiences and skills are materially accretive to our extended global team, current portfolio companies, and the innovative entrepreneurs we hope to welcome to the Finistere family."

With a passion for venture investing across food safety, food delivery, supply chain, enterprise software, marketplaces and data science, Ciriello spent over a decade as a founding partner of Fairhaven Ventures, based in Boston. He has led and recently realized investments in Drizly and Digital Guardian building upon earlier investment success from exits in Softricity, EqualLogic, Elastic, Third Screen Media, and YottaMark among others. Prior to Fairhaven, Mr. Ciriello founded TD Capital Ventures in Boston. Earlier, he held a number of senior executive positions at Fidelity Investments in Boston including President of Fidelity Interactive where he led the development and management of several technology platforms supporting Fidelity's retail and institutional businesses, including founding, managing and selling The Proxy Edge. He also co-founded Milk Street Investments, which uses a data analytics-augmented approach to venture investing. Mr. Ciriello also sits on the Investment Advisory Board for the University of Buffalo Innovation Fund and is a Strategic Advisor to the venture practice of the law firm of Blakes, Cassels & Graydon. He holds an MPA from Northeastern University where he was a Northeastern University Fellow and a United States Public Research Fellow. He also holds a BA from SUNY at Buffalo. Mr. Ciriello started his career as a United States Presidential Management Intern, working on environmental policy at the US EPA where he was a Senior Policy Fellow.

Finistere Ventures is a leading venture capital investor with a focus on technology companies that impact the Food Value Chain and adjacent industries. Finistere has established offices in Palo Alto and San Diego with additional operations in Ireland, Israel and Australasia. Its team has developed and invested in some of the most innovative companies of the last 20 years—building and backing companies worth more than $5 billion. Visit Finistere.com.