To be part of this wonderful project, please visit the Kickstarter page. Help build dreams for those who make the ultimate sacrifice.

AUSTIN, Texas, September 11, 2019 (Newswire.com) - A seasoned financial coach, Chris Jackson is known for his financial management skills and strategies. He has been using his pro bono platform to provide free financial planning to members of the military and first responders. Considered a visionary by peers and clients, Chris Jackson’s strength lies in his ability to see the big picture, identify gaps and employ creative solutions to get people's finances on track.

Chris Jackson was fortunate to have a friend whose father was a police officer that practically took him in as his own during a tough time in his life. He also personally saw the effects of PTSD and how it affected his military friends that came back from the Middle East.

Chris Jackson discovered that access to expert financial advice is limited to those with certain asset minimums or with higher income. This means living first responders and the military are on their own when making critical personal finance decisions. Chris Jackson was inspired by community policing programs and police activity leagues that aim to heal strained relations across the country between urban communities and cops, and he wanted to give back to those making the ultimate sacrifices. Hence, the creation of his own pro bono program for ex-servicemen.

Here is what some clients that have benefited from his pro bono platforms have to say. “Chris Jackson has been a tremendous help to me in a difficult landscape. As a new firefighter and recently engaged man, Chris Jackson has really set me up for success. His friendly demeanor, professional courtesy and informed decisions have given me an edge in planning for the future. I cannot speak highly enough of Mr. Jackson; it truly allows me to focus more on what I need to do to keep the public safe.” Max Palmer – CA Firefighter

“Chris has helped me organized my financial life so I can have a game plan for managing my expenses and debt. He has also helped me plan for life after my time in the military as I pursue becoming a professional poker player.” Pherris Ash - USAF Officer

Chris Jackson is currently assisting Brandon Byler and Matt Ruggiero, two police officers, produce their first board game called Code 3, which launches tomorrow at noon, and Chris hopes those looking to give back will go to the Kickstarter campaign to help back the project. Backers of the project will receive incentives that are indicated on the campaign page. A percentage of the proceeds will go to the National Fallen Officer Foundation. 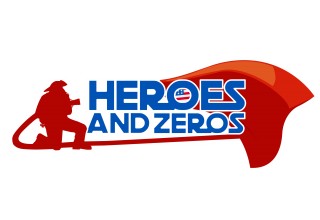 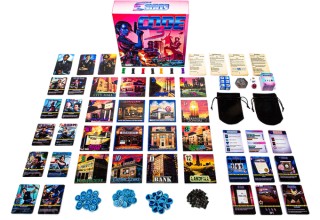