DELAWARE CITY, Del., June 2, 2022 (Newswire.com) - A cinematic blockchain may soon entwine Hollywood productions with the Metaverse to give consumers a new kind of experience. FilmoCrat™ develops a film-releasing platform to help the sector meet consumers' needs. It will use blockchain to manage end-to-end film cooperation between studios, financiers, and fans, backing original film projects through a crowdfunding model of a non-fungible token (NFT).

The NFT format includes issuing digital shares in films, and it turns each movie into an independent venture - with all ownership rights written into its VOD streaming code. Contrary to the traditionally sealed film finance system, the NFT model can quickly react to socioeconomic trends, issue shares in the beta audiences' best-voted films, and back new prestigious film contests.

A Reality Show Theater will hold such contests, welcoming producers to pursue production funding through the lodge of NFT film investors. The Theater will be the fans' Interaction Arena, and beta audiences will judge the competition.

It may sound like a gathering for picking up the most-appealing content. In a way, it is. But there is also new economics behind it: unprecedented access to film finance, production, and trade. Beta voters provide participants with market insight into upcoming movies. This way, NFT film backers can bid to acquire shares in the most upvoted films. The Theater releases each winning title, sorting out investors' stakes and segregating returns with equity-cognizant VOD streaming.

NFT films will manage payments using a USD pegged stable coin to settle transactions in fiat money in milliseconds. While blockchain enables systems' automation, the parity of fiat money ensures monetary stability independently of crypto space ups and downs. The NFT film shares become smart assets that generate yields in real time. The shares will climb in value upon film releases in different world regions, and the Platform provides the option to trade them on Smart Asset Exchange.

But coupling to fiat money does not impede the system from emitting another means of payment, a supporting cryptocurrency. A native token, Kino Coin, will further drive the show's appeal. It gives people the power to vote for content they like and even change the course of epics in the Metaverse. Once used for voting, Kino Coin turns into NFT shares to reward balloters. It will be a cryptocurrency backed by the value of new, constantly launched cinematic productions.

According to FilmoCrat, over 60 million film consumers will switch from a passive subscription to an interactive model in the next two to three years. By 2026, more than 200 million spectators will likely upgrade.

FilmoCrat seeks partners with synergies in entertainment. For Co-founder Opportunities, don't hesitate to contact the Company; at info@filmocrat.com

FilmoCrat is an NFT film releasing Platform providing finance sourcing and end-to-end process automation to the film industry. It combines the crowds' wisdom with blockchain technologies to spearhead the sector into the era of fan interaction. 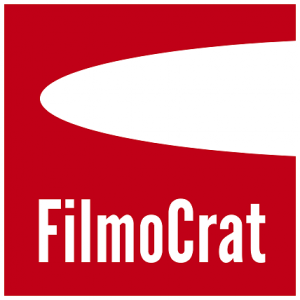