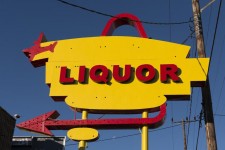 PISCATAWAY, N.J., February 13, 2020 (Newswire.com) - ​​Reducing the number of businesses in Baltimore that sell alcohol in residential areas may lower the homicide rate, according to new research in the Journal of Studies on Alcohol and Drugs.

As cities contemplate new zoning regulations regarding alcohol, the implications of those policies can have life-or-death outcomes.

“There is an ongoing violence epidemic in Baltimore, with recent years breaking records for number of homicides,” write the authors, led by Pamela J. Trangenstein, Ph.D., M.P.H., of the University of North Carolina at Chapel Hill. “This study suggests that there is potential to prevent violent crimes by reducing alcohol outlet density in Baltimore City.”

Baltimore is in the process of rewriting its zoning laws, and Trangenstein and colleagues patterned their research after the proposed zoning changes in that city as they relate to alcohol. Using a computer model that took into account homicide rates in Baltimore and previous research that shows 50 percent of violent crime can be attributed to alcohol access, the researchers analyzed three main policy changes.

The first would reduce by 20 percent all outlets that sell alcohol. The second would close liquor stores only in residential areas. The third would close outlets licensed as bars or taverns that were really operating as liquor stores.

After factoring in additional data related to homicide--such as socioeconomic status, population density, and drug arrests--the researchers’ computer modeling predicted that an overall reduction of alcohol outlets by 20 percent would cut homicides by 51 a year and save $63.7 million. Closing liquor stores in residential areas would eliminate 22 homicides annually, saving $27.5 million. But closing sham bars/taverns operating as liquor stores would reduce homicides by only 1 yearly, saving $1.2 million.

Although the 20 percent reduction would curtail the homicide rate the most, the authors determined that Baltimore would need to close such a large number of outlets that the policy would likely be considered “anti-business” and politically unfeasible.

Therefore, they concluded, the best option would be to close the 80 liquor stores in residential zones. Because Baltimore has over 1,200 licensed alcohol outlets, this means that closing only 1 of every 15 outlets would likely save 22 lives from among the more than 300 homicides in the city annually.

The authors note there is a recent trend in which some states and cities have adopted increasingly relaxed policies regarding the density of alcohol outlets. However, studies such as this one may help policymakers make more evidence-based decisions.

Don't Use Drugs and Ride: Hospitals Treat Thousands of Drug-Related Bike Injuries Each Year
Journal of Studies on Alcohol and Drugs - Sep 26, 2022