Fernando Aguirre Named Executive Vice Chairman of the Board of Governors of DHS Holdings Effective April 1, 2022

Aguirre, independent Lead Director, will succeed Steven Fleming as Executive Vice Chairman of the Governing Board when he departs at month's end.

WASHINGTON, March 1, 2022 (Newswire.com) - The DHS Holdings Board of Governors announced that it has elected Fernando Aguirre as Executive Vice Chairman of the Board, effective April 1, 2022. Mr. Aguirre, a 14-year member of the DHS Board who has served as its independent Lead Director since 2002, will succeed Steven Fleming as Vice Chairman of the Board when he departs the Company at the end of the month.

"Fernando is an incredibly esteemed executive whose wealth of experience, unwavering integrity, and expert judgment have been invaluable to the Firm since he first joined the Board in 2002." - Fleming

"Fernando is an incredibly esteemed executive whose wealth of experience, unwavering integrity, and expert judgment have been invaluable to the Firm since he first joined the Board in 2002," said Mr. Fleming, Executive Vice Chairman of the Board. "Having most recently served as independent Lead Director, Fernando is the perfect choice for Vice Chairman of the Board, and I am confident the Firm is well-positioned for continued success under his guidance and leadership. It has been a distinct honor to work with Fernando and our many other talented directors, and I am incredibly grateful for the support and wise counsel they have provided during my tenure."

"On behalf of the Governing Board, I would like to express my deepest gratitude to Steve Fleming for his extraordinary leadership over the past decade and a half," Mr. Aguirre said. "Steven has led DHS to amazing heights both creatively and financially, with his clear strategic vision for delivering high-quality branded storytelling, embracing cutting-edge technology, and expanding internationally, and he's left an indelible mark on DHS Holdings that will be felt for generations to come. As I step into this new role as Vice Chairman of the Board, I look forward to continuing to serve the long-term interests of DHS' shareholders and working closely with CEO Rakesh Sarna as he builds upon the Firm's century-long legacy of creative excellence and innovation."

Mr. Aguirre brings to his role extensive public-company board experience and in-depth knowledge of brand management and marketing, environmental sustainability, product and business development, international consumer markets, finance, and executive and risk management. He was formerly an operating executive of the equity investment firm Blackstone Group, where he served from 1999 to 2005. 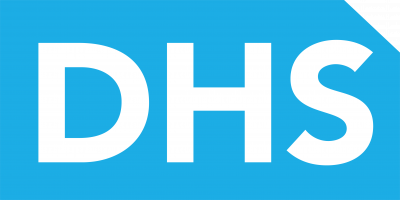