BOSTON, November 18, 2022 (Newswire.com) - A federal lawsuit was filed today in the U.S. District Court of Massachusetts against Takeda Pharmaceuticals, alleging religious discrimination. A group of employees who claim they were fired for religious discrimination brought the lawsuit filed by the law firms Pattis and Smith and Mendenhall Law Group, alleging that the pharma giant unlawfully denied their requests for a religious exemption to the company's covid shot mandate, in violation of Title VII of the Civil Rights Act of 1964. The lawsuit details how each of the employees (who are all Christians) requested to be exempt from the mandate on religious grounds and, after a series of questions from a company representative regarding the sincerity of their beliefs, had their accommodation requests denied. Each of the employees was subsequently terminated.

According to the complaint, the company denied the religious exemption requests either because it doubted the sincerity of the employee's beliefs, or because it would purportedly work an "undue hardship" on the company to accommodate the employees. The complaint claims that Takeda asserted that to accommodate the employee-plaintiffs who worked in the field directly with clients would place the company at a particular disadvantage as compared to its competitors, since to grant the accommodation would mean that the employees would have to work remotely, rather than face-to-face with clients. However, the complaint also alleges that Takeda's industry competitors widely granted religious exemptions to similarly-situated employees, calling into question Takeda's claim of undue hardship. Moreover, the complaint contends that Takeda did grant medical exemptions to employees, further undermining its position that granting religious exemptions would be harmful to its business interests.

We The Patriots USA, Inc., a nonprofit public interest law firm, funded the litigation and released a statement late Thursday: "Our fervent hope is that this lawsuit brings to light the fact that so many people continue to suffer as a result of the decisions that were made during the last two years. For them, the covid crisis is far from over. We are confident that we will obtain a victory for religious freedom that will ensure that discrimination against those with religious beliefs opposed to certain vaccinations is never justified in the eyes of the law." We The Patriots USA is requesting donations to help defray the cost of this lawsuit and its other litigation efforts, and is also asking its supporters to sign the petition to make discrimination based on vaccination status illegal.

Source: We The Patriots USA, Inc.

About We The Patriots USA, Inc.

Our goal is to create a powerful network of Patriots to preserve and reclaim our God-given inalienable rights–including but not limited to the rights recorded in the United States Constitution–through education, advocacy, and litigation. We are a nonpartisan organization that does not engage in political activity or lobbying. 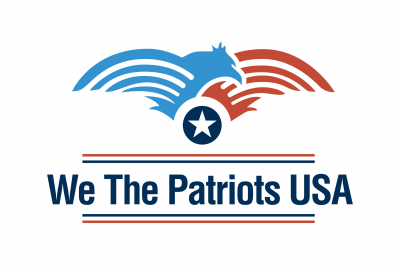