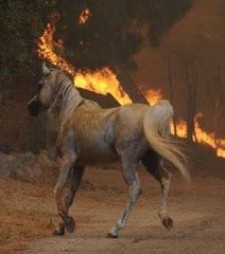 Sonoma, CA, October 23, 2017 (Newswire.com) - Goode Rider customers ponied up for Hurricane Harvey by literally shopping up a storm. Then the ravages of fire directly affected many of Goode Rider customers and even staff members as the company is headquartered in Sonoma, so they also created a campaign to benefit the Halter Project, emergency rescue for horses and livestock.

Co-founder Kristin Calandra said, “I was surprised that Harvey raised more than the CA Fires promotion but A LOT of our fans are still recovering from the fires.  They probably didn’t even notice or have time to visit our site. We are in the process of sending out ‘care packages’ to some victims of the fires who we personally know, who have lost everything (houses burned to the ground).  Goode Rider has also donated Down Jackets to the relief efforts, to keep those with NO clothes warm.”

Co-founder Lorna Goode added, “Goode Rider has two close-to-our-heart people that have lost everything and we are putting packages of clothing together for them now. One is a woman whose winery is where we shot our catalog and one is a Goode Rider model! It’s so, so sad here!”  That said, the co-founders also expressed thanks to their wholesale accounts and customers for checking on them.  Business is up and running, and in the midst of all this, they’re finishing up the new Fall 18 collection which is also on fire in a good way!

Goode Rider is an equestrian clothing company based out of Sonoma, California.  The co-founders met while working at Levi’s.  The current Fall collection features furs, reinvented classics, Earth tones and dark hues with gorgeous pops of jewel tones in reds and blues, and care packages for equestrian lovers. From now through October 31, 2017, shop using promo code:  DONATE. Proceeds benefit the Halter Project. 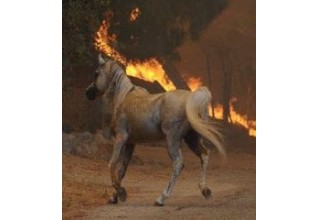 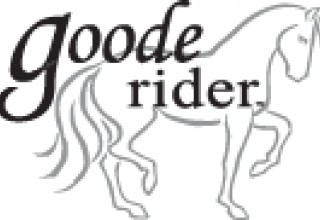