Faith organizations from across Nashville gathered to celebrate the legacy of Dr. Martin Luther King. 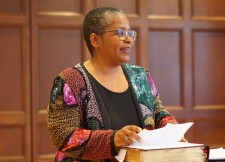 NASHVILLE, Tenn., January 24, 2019 (Newswire.com) - “I have a dream that one day on the red hills of Georgia, the sons of former slaves and the sons of former slave owners will be able to sit down together at the table of brotherhood,” said Rev. Dr. Martin Luther King, Jr. In realization of this dream, churches and faith communities of African and European heritage came together this year in Nashville for a worship service in observance of Martin Luther King Day.

“Dr. King stood for diversity and unity among all people. We are celebrating that in the best way possible—coming together in one place and celebrating our differences and similarities,” says Rev. Julie Brinker, director of community affairs of the Nashville Church of Scientology. “With so many congregations worshiping as one—choirs joining each other in song, people of different denominations sitting side by side, each faith leader participating—it’s a beautiful way to honor Dr. King’s legacy.”

From its beginnings, the Church of Scientology has recognized that freedom of religion is a fundamental human right. In a world where conflicts are often traceable to intolerance of others’ religious beliefs and practices, the Church has, for more than fifty years, made the preservation of religious liberty an overriding concern.

Religious freedom is a right enshrined in the Universal Declaration of Human Rights. The Church of Scientology and Scientologists support United for Human Rights, the world’s largest nongovernmental human rights education campaign, active in 192 countries and partnering with 1,500 groups and organizations. The initiative is inspired by Mr. Hubbard’s conviction that “It is vital that all thinking men urge upon their governments sweeping reforms in the field of human rights.” 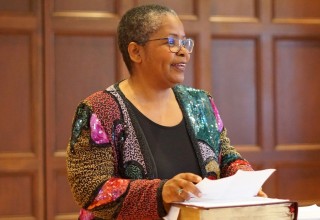 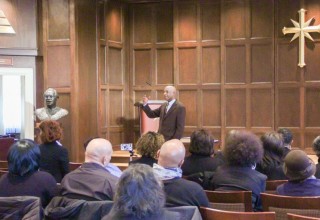