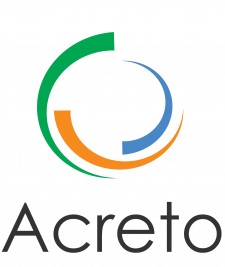 JERSEY CITY, N.J., August 15, 2018 (Newswire.com) - IoT security startup Acreto has released an extensive dossier that makes the case for Facebook as spyware and a Personal Information Trafficker. Along with the dossier, Acreto is announcing new technology that prevents IoT-based direct and indirect data leaks to Facebook and other data collection platforms such as Google.

"We got interested in Facebook when we realized they have pinned their strategic future on integrating with IoTs. Where once Facebook's information sources were limited to a handful of devices like computers and phones, with IoT integration they can collect much more granular data from hundreds if not thousands of sources per tracked individual," says Babak Pasdar, Certified Ethical Hacker and CTO of Acreto IoT Security.

Available at https://acreto.io/facebook, the dossier explains how the social platform is intrusive for users and non-users alike, including providing extensive data on the social's features such as the seemingly benign “Like,” "Comment" and "Share" buttons. The Facebook buttons allow the social to follow a person as they hop between different sites and devices. In addition, the dossier outlines Facebook's checkered history with the truth that has spanned multiple investigations on collection and dissemination of personal information.

Still, today, Facebook and associated properties such as Instagram and WhatsApp, among others, are integrated into 49 percent of websites globally. And with 2.2 billion active users, one-third of the world's population, the social is collecting a staggering amount of data, processing it into deeply personal insight and sharing it for profit.

"It's not surprising that many in cybersecurity consider Facebook as spyware - albeit sanctioned spyware, but spyware none-the-less,” says Pasdar. “People who use Facebook already have a sense they’re giving away some data. What is surprising is the volumes of data Facebook collects on non-Facebook users."

One example is how Facebook tracks data from cell phones. They have patents on using surreptitious measurements of subtle body movements to determine if two people know each other and how well.

"For the average user and organization, Facebook has created an environment in which it is virtually impossible to disentangle from Facebook's information traps. Even for non-subscribers of Facebook," says Larry Blakeman, COO of QuaEra Insights, a data analytics firm.

With the information gathered from multiple testimonies to U.S. and European legislators and regulators, Facebook's IoT strategy came to light and sets the stage for privacy intrusions of historic proportions. Acreto IoT Security protects the entire distributed IoT ecosystem including IoTs, applications, clouds and users, while empowering the platform owner to control if and how much data is accessible to companies like Facebook.

To read the dossier, visit https://acreto.io/facebook.

Acreto delivers advanced security for crypto-IoT ecosystems, from the cloud. IoTs are slated to grow to 50 billion by 2021 and are on track to be the biggest consumers of blockchain and crypto technologies. Acreto’s ecosystem security protects crypto/blockchain and clouds as well as all purpose-built IoTs that are unable to defend themselves in-the-wild. The Acreto platform offers simplicity and agility and is guaranteed to protect IoTs for their entire eight- to 20-year lifespan. The company is founded and led by an experienced management team, with multiple successful cloud security innovations. Learn more by visiting Acreto on the web at https://acreto.io or on Twitter @acretoio.