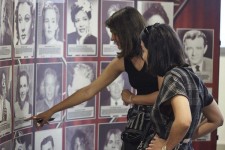 MADRID, August 27, 2019 (Newswire.com) - ​​​Just footsteps from the National Congress of Deputies of Spain, Citizens Commission on Human Rights (CCHR) set up the Psychiatry: An Industry of Death traveling exhibit to inform local residents of psychiatric violations of human rights. They selected the venue and date to coincide with the World Association of Dual Disorders International Congress to challenge those attending to answer to their administering psychiatric drugs to children and adolescents despite black box warnings that state these drugs increase the likelihood of violence and suicide.

The exhibit attracted close to 2,000 visitors in just four days. A frequent comment of those attending was that it opened their eyes to the ramifications of the use of these drugs.

Madrid is one of 38 locations where the traveling exhibit has toured so far this year, with 20 more scheduled in 2019. It is based on the Psychiatry: An Industry of Death Museum in Los Angeles and a documentary of the same name.

International CCHR Coordinator Marc Lorenzen warns visitors that the exhibit is not for the fainthearted. In fact, at the entrance is a sign that states: “WARNING: Graphic material. Psychiatry’s damaging and lethal ‘treatments’ are infamous. Psychiatrists claim their methods have changed. This shocking exhibit will give you the facts. You decide.”

The exhibit tours throughout the world as a public service to protect the human rights of mental patients and expose abuse. It includes filmed interviews of more than 160 international experts, mental health professionals, survivors and family members who present harrowing accounts of abuse suffered or witnessed in the field of mental health. “We are committed to bringing it to major cities around the world because it presents clear evidence that psychiatry has destroyed individual lives,” says Lorenzen.

Watch Psychiatry: An Industry of Death on the Scientology Network. 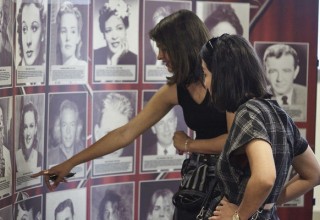 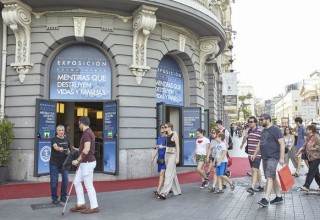