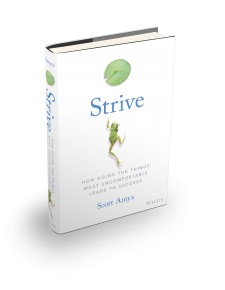 NEW YORK, February 8, 2018 (Newswire.com) - Scott Amyx, the author of "Strive: How Doing the Things Most Uncomfortable Leads to Success", is granting an exclusive, by invitation only interview and book review for his upcoming book that has been endorsed with great enthusiasm by Tony Robbins, Tribeca Film Festival, Forbes, Singularity University and others.

"Strive. Pushing through our limits, doing the hard thing, and focusing on constant and never-ending growth and improvement is the ticket to impact and fulfillment!"

Strive. Pushing through our limits, doing the hard thing, and focusing on constant and never-ending growth and improvement is the ticket to impact and fulfillment!

"The true alchemy of 'Strive' is that it combines, great storytelling, great anecdotes, and some pretty profound insights. No question Scott Amyx's key takeaway is to get comfortable being uncomfortable… or perhaps find yourself a different journey. Learning to live perpetually outside your comfort zone is perhaps a condition precedent for success — the special sauce for cooking up ideas that will change the world."

“'Strive' teaches us to embrace discomfort and achieve success in this exponentially changing world.”

Scott draws on his own powerful story of an impoverished immigrant who was frequently told that he would amount to nothing. Now a celebrated venture capitalist and futurist, Amyx describes his meteoric rise from obscurity to prominence. Amyx’s dramatic turnaround led to the hypothesis that what really drives success is not intellect, opportunities, or even network; instead, it’s all about pursuing personal change that’s uncomfortable.

Popular beliefs about success are profoundly wrong. Success is not merely a matter of being born in the right place at the right time to the right family. It involves much more than hard work, money, practice, or even intellect. History is littered with people—those with high IQ, talent, money, power, and fame—who squandered every advantage and ended badly.

“There is, however, a way to reach your goals, and I am a living proof. I have found a way to guide my life in a positive direction, realizing success I never thought possible.

And it doesn’t require 10,000 hours, being born into the right family, or being as brilliant as Albert Einstein or Marilyn vos Savant. It’s a little secret I call 'Strive',” says Amyx.

Amyx shares that “'Strive' is the principle that helped me take control of my life. It’s about embracing change and doing things way outside your comfort zone. Strive demands persevering in the face of rejection and adversity. Taking control of your success is something you can do right away. It’s available to everyone, not just the privileged few.”

“Does success elude you? Have you read countless articles and books about improving your life but got nowhere close to success? You’re not alone,” says Amyx. He challenges readers, “The only way to get out of the vicious cycle is to shock your system! Doing something a little better or even a little differently isn’t going to work. Real, transformative change only happens when we take an outsized risk to step way outside our comfort zone. It’s only when we do the things most uncomfortable that we realize the greatest gain, which didn’t seem possible.”

The self-help industry is chock-full of different approaches to success. There are those who say success is just a matter of positive thinking. This approach to success says that if you just believe that you will obtain your goals or dreams, eventually you will. But no matter how hard you think positively, the universe does not seem to be holding up its end of the bargain.

Other approaches to success involve hard work and investing a significant amount of time — 10,000 hours to master a single skill. The problem with this approach is that not all successful people have spent 10,000 hours honing a skill. Moreover, not everyone who has invested 10,000 hours, such as youth who played soccer or performed on stage, will make it as a pro or become famous. In addition, 10,000 hours is an incredible amount of time to cultivate a skill. Most of us rarely have the luxury to spend that much time to acquire just one skill. Devoting oneself to that level of practice and concentration is possible only when we are young. How many of us, however, knew what we wanted to be when we were young? Maybe your “best” years are behind you, and investing 10,000 hours—the equivalent of about 417 days of complete devotion to the study of a skill—is simply not possible.

Upon request, the publisher will grant an e-book version for an exclusive book review of "Strive".

About "Strive: How Doing the Things Most Uncomfortable Leads to Success"

Scott’s feature Wiley book Strive is available for pre-order. Find out how doing the things most uncomfortable leads to success. Pioneering thought leader Scott Amyx shows anyone striving to succeed, regardless of who or where we are, what we do or have done for a living, or how young or old we are, that the secret to outstanding achievement is not talent but doing the things uncomfortable he calls “strive”.

Drawing on his own powerful story of an impoverished immigrant frequently told that he would amount to nothing, Amyx, now a celebrated venture capitalist and futurist, describes his meteoric rise from obscurity to prominence, which led to the hypothesis that what really drives success is not intellect, opportunities or even network but pursuing personal change that’s uncomfortable. In this book, Scott takes readers into his defining life moments and stories from some of the most unlikely individuals who persevered through change to become outrageously successful. He also mines fascinating insights from history and shows what can be gleaned from modern experiments in high performance.

Finally, he shares what he’s learned from interviewing dozens of high achievers—from corporate CEOs, unicorn startup entrepreneurs to global policy leaders. Strive shows how you can shape your life and your career, a life of fulfillment and joy, constantly creative and productive, one that always holds the possibility of delightful surprise.

Pre-order "Strive: How Doing the Things Most Uncomfortable Leads to Success". Available on Amazon and most book retailers: https://www.amazon.com/Strive-Scott-Amyx/dp/1119387302

Scott Amyx is the author of "Strive: How Doing the Things Most Uncomfortable Leads to Success", which has been endorsed by Tony Robbins, Forbes, Singularity University, Tribeca Film Festival and other influencers. He is a global thought leader and venture capitalist who has appeared on TV, TIME, Forbes, NYT, TechCrunch, CIO, Washington Post, Wired, Forrester, G20 report, and other major media.

Scott Amyx is the Chair & Managing Partner at Amyx Ventures and Singularity University/Smart City Accelerator Mentor and Startup Board Member. Scott is a Tribeca Disruptor Foundation Fellow, a disruptive innovation awards program of Tribeca Film Festival. He is a TEDx speaker on disruption and success. Scott is a thought leader, speaker, and author on "the Internet of Things and the Fourth Industrial Revolution" and winner of the Cloud & DevOps World Award for Most Innovative and was voted Top Global IoT Influencer & Expert by Inc. Magazine, HP Enterprise, Postscapes, Top IoT Authority by the Internet of Things Institute, and Top 10 Global Speakers by Speaking.com. Scott has been nominated to the World Economic Forum as a committee member for the Future of the Internet. The Republic of Korea nominated Scott to represent cutting-edge research and case studies on the Internet of Things at the ITU Telecom World, United Nations. Sovereignties, governments, multinationals, and international consulting and research firms look to Scott for unrivaled insights and pulse on the changing emerging technology landscape. 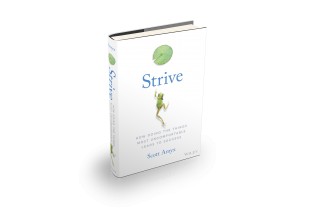 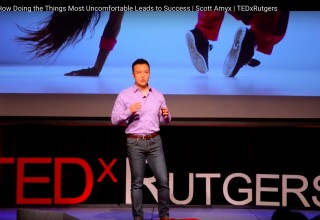 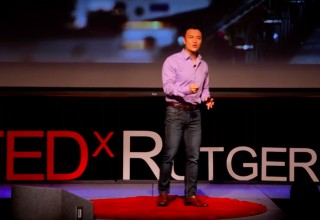 Scott Amyx is the author of Strive: How Doing the Things Most Uncomfortable Leads to Success, which has been endorsed by Tony Robbins, Forbes, Singularity University, Tribeca Film Festival & others. He is a global thought leader & venture capitalist.