The fact that Robert Lang Academy students can walk our halls lined with gold and platinum records and be part of our living legacy gives them the competitive edge they need in a tough music industry.

“As we look to the future, our commitment to developing talent and providing opportunities to learn while working in a professional studio grows deeper,” says founder/owner, Robert Lang. “That’s why we are fully integrating Robert Lang Academy, now with a new and improved curriculum, with Robert Lang Studios.”

The new RLS Academy offers a comprehensive one-year accreditation program as well as a la carte courses that prepare graduates for full-time work in recording and media production studios. With the education program now integral to RLS, students will get a formal education and comprehensive technical skills in an intimate and inspiring setting while working on real-world projects. Graduates of the Robert Lang Academy join a lineup of platinum-winning alumni including Eric Droppo who earned double platinum for his work on K$sha’s recent single, Praying.

“The fact that these students can walk our halls lined with gold and platinum records and be part of our living legacy gives them the competitive edge they need in a tough music industry,” explains Lang.

RLS is also developing a new live television program for distribution through a leading digital platform. Emerald City Live at RLS will be produced in RLS’s new wing which has been designed to accommodate a full orchestra, film and television post-production, and audio for gaming.

“We envision the show as Austin City Limits meets Live at Abby Road and plan to broadcast it initially online with later licensing to cable,” says entertainment attorney/singer-songwriter Lara Lavi who recently joined RLS to lead business development and legal affairs. “The show will include regional and national artists making it a definitive media stop for touring artists.”

“We are working to continuously expand our value to artists and students in a synergistic way,” says Lang, “Our future looks brighter than ever.” 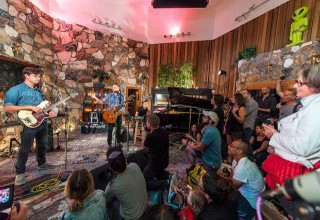 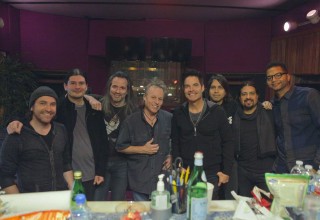 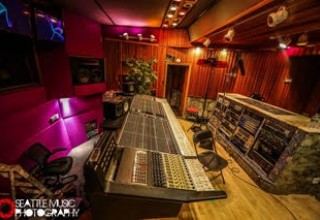