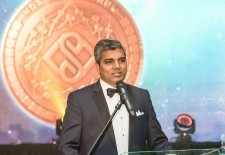 KUALA LUMPUR, Malaysia, November 28, 2017 (Newswire.com) - ​In light of the Malaysian Central Bank’s (BNM) move to enforce preventive measures for the misuse of cryptocurrency for money laundering and terrorist financing in 2018, Everus Technologies Sdn Bhd is laying out a plan to aid compliance, starting with a preliminary, multi-tier “Know Your Customer” (KYC) verification for its cryptocurrency wallets.

Recent news headlines suggest Malaysians could anticipate cryptocurrency playing an active role in the economic ecosystem very soon. Malaysian Central Bank governor, Tan Sri Muhammad Ibrahim recently commented: “Beginning 2018, Bank Negara will designate persons converting cryptocurrencies into fiat-money currencies as reporting institutions under the Anti-Money Laundering, Anti Terrorism Financing and Proceeds of Unlawful Activities Act (AMLA) 2001. This is to prevent the abuse of the system for criminal and unlawful activities and ensuring the stability and integrity of the financial system.”

Although it seems that a regulated environment may challenge the intrinsic nature of cryptocurrency, it is a catalyst that accelerates mainstream user adoption.

As a new era of decentralized currency dawns on the financial world, it is crucial that the great benefits and potential of cryptocurrencies and its foundational blockchain technology are not eclipsed by those who seek to exploit these platforms for criminal or destructive activities.

In an interview at the Everus Technologies headquarters in Kuala Lumpur, Malaysia, Everus CEO Srinivas Oddati lauded the Central Bank’s objective, acknowledging the role of regulatory measures in cryptocurrency and adoption other financial innovations.

“Although it seems that a regulated environment may challenge the intrinsic nature of cryptocurrency, it is a catalyst that accelerates mainstream user adoption. By introducing preventive measures against money laundering, terrorism financing and other potential threats to the integrity of this powerful technology, its benefits can be enjoyed by the masses with less apprehension and fear,” he said.

Oddati also hinted that Everus was already developing “user-rewarding” features of their EVR cryptocurrency wallet in anticipation of this regulated endorsement of cryptocurrency and exchanges by BNM. “Our gamification model for the upcoming Everus World app will incentivize users to verify their submitted information for KYC. We are happy to be able to aid compliance and will strive to provide a safe, transparent and enjoyable cryptocurrency experience for our users,” he said.

Taking a huge step forward, Everus’ home ground Malaysia is one of the first few Asian countries to begin embracing the digital currency. This implementation of AML/CFT comes with preventive measures that include conducting risk assessments, application of customer due diligence, submission of suspicious transaction reports (STR), cash threshold report, maintenance and retention of transaction records.

Oddati closed his statement by reaffirming that Everus Technologies Sdn Bhd will do their part, taking the necessary steps to aid the Central Bank in mitigating, identifying and preventing cases of misuse of their technology.