LONDON, March 6, 2019 (Newswire.com) - eversign, a leading cloud-based platform for electronic signatures and online document signing, today announced that it has completed its acquisition of Docracy, an open platform for crowd-sourced legal documents with over 500,000 users. Together, eversign and Docracy believe they can deliver an even better experience to over 100,000 companies and individuals using the eversign platform to legally sign documents online, and provide users of Docracy’s platform with an even easier way of signing each of the tens of thousands of crowd-sourced legal documents available on the Docracy platform.

“Our goal at eversign is to simplify the signing of documents from start to finish. Through our acquisition of Docracy, we’re the first e-signature provider to integrate one of the world’s biggest archives of legal document templates right into our core platform,” said eversign Co-Founder and CEO Julian Zehetmayr. “Over the past eight years, Docracy has built an impressive archive of legal document templates spanning hundreds of categories – from simple NDAs to rental agreements, investment term sheets and even inheritance contracts. By integrating our two platforms, Docracy’s users will be able to immediately place a legal signature on each of the thousands of documents available on Docracy while completely eliminating the need for pen and paper. eversign’s customers will benefit from the acquisition by gaining access to Docracy’s legal templates directly inside the eversign platform. This allows us to cover the whole document signing process, from document creation to signing and archiving.”

“What makes this acquisition so exciting is the huge benefit for users on both sides,” said Matt Hall, Co-Founder of Docracy. “Initially launched at TechCrunch Disrupt in 2011, Docracy has over the last eight years evolved into one of the most used platforms for crowd-sourced legal documents. Our goal from the beginning was to provide users with a trusted source of legal document templates covering a variety of different use cases and industries. Today’s acquisition allows us to go one step further and incorporate eversign’s e-signature capabilities directly into the Docracy workflow.”

eversign, an apilayer company, simplifies the signing of contracts and agreements by providing a modern, simple and affordable platform to automate business transactions while avoiding the need for legacy pen and paper. Founded in 2017 by Julian and Paul Zehetmayr and based in London and Vienna, eversign counts more than 100,000 individuals and companies of all sizes using the platform on a daily basis.

Docracy, founded in New York by Matt Hall and John Watkinson, is an open platform providing completely free access to a variety of legal document templates. Docracy is the winner of TechCrunch Disrupt’s 2011 Hackathon and has raised a total of $850,000 from First Round Capital, Vaizra Investments, and others. At present, the Docracy platform is used by over 500,000 users worldwide. 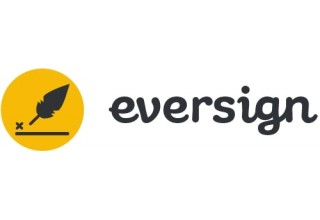 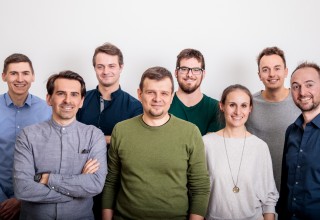