EU Articles 11 and 13: The New Stamp Act for American Technology

New EU Directives Raise the Stakes in the War on Information

SANTA CRUZ, Calif., September 13, 2018 (Newswire.com) - The following is authored by Jenna K. Kelly, J.D., a co-founder of SpeakUp4.com –​ a safe harbor social media platform where people can make their case in the public square, with sources, science, and art. She has over 25 years of experience in media, technology, and law.

In 1765, the English Crown imposed a tax on the information highway of its time – paper – and by 1775, our nation was at war over ‘no taxation without representation’. Fast forward to 2018, and once again our European cousins seek to control the information highway, except now it’s the internet, and the taxation is about to be codified. The question is, will our ideas once again be subject to a foreign power, or will we develop new solutions to maintain our sovereignty?

When the Stamp Act was passed in 1765, Colonists were exasperated with the British taxation of everyday goods. Billed as the cost of their “defense”, Colonists saw officers seated in the lap of luxury, while they themselves struggled to build a nation from scratch. To quiet their unruly subjects, the British Parliament came up with the not-so-brilliant idea to tax the means of mind, instead of production. From legal documents and newspapers, to playing cards and dice, all had to be made with British products, purchased at a premium. This was the spark that assembled the Sons of Liberty and planted the seeds of the American Revolution.

On Wednesday, the EU took a first step in reclaiming our errant colony, leveraging a similar fiscal duty, and, in a similar folly, claiming ownership of our intellectual freedom. The final amendments to The Directive on Copyright in the Digital Single Market passed review and will now go ahead to a final vote at the EU in January 2019.

Often referred to as Articles 11 and 13, this directive is a Gordian knot of corporate responsibilities and government control that will have a profound effect on America’s online freedoms. Article 11 is often called the “link tax”; while 13 is referred to as the “upload filter” mandate. The first basically requires platforms to pay news organizations; and the second essentially limits who can disseminate and opine on art and information.

Under Article 11, platforms must pay for links to their sites, however, exemptions to this ‘link tax’ are as vague as they are biased. Simple links and search engine results are not infringement, nor is a user sharing a news story to social media; however, curation and social media platforms may be liable absent automated payment systems.

Under Article 13, platforms are required to remove content that infringes copyright, and to inspect all content before it is uploaded for infringement. To automate this requires advanced AI capabilities in order to scale, mostly out of reach today. To wrap your mind around the difficulty, Facebook’s newest machine learning product, Rosetta, can ‘read’ words on images, but cannot understand their context without human input. To pose it as a hypothetical – how does a program decide what image is a parody, a meme, or protected political commentary?

Until these systems are fully developed, social media companies will continue tracking keywords and people, while employing hordes of semi-skilled legal teams and leveraging nonprofit organizations to parse liability. So, while Google and Microsoft are free to carry on with a minimum expenditure, and Facebook and Twitter will have to make some creative adjustments to their business model, new technologies and start-ups could face the biggest barriers to entry we’ve seen since the railroads.

As an example, under Articles 11 and 13, an online platform that allows a user to organize content, or tell a story with art and sources, must either keep that content private, or provide extensive automation for copyright management. Absent this, the platform could be subject to a lawsuit. This nuance not only compounds the barrier to entry but has a chilling effect on speech as well – it limits who can contextualize information outside of official channels, making truth both subjective and compulsory.

This should scare every American, especially when read in conjunction with the E.U. Code of Conduct signed by American technology companies in May 2016. This voluntary agreement created a fiscal duty for tech companies to remove offensive content as defined by the EU from their platforms. As we question the political bias of big tech in our own country, there are bigger questions we should be asking: When we’re on social media, whose laws are we following? Where does the allegiance of big tech lie? Are they willing to create a space for a complimentary market? And finally, Is there still a safe harbor online for American conversations?

If we cannot answer these questions, secure in our rights as citizens, it’s time for a national conversation that doesn’t obfuscate the real issues. Our security and our future depend upon our First Amendment, and entrenched technologies threaten our sovereignty. Now is the time new solutions need to be considered.

Jenna K. Kelly, J.D. has over 25 yrs. experience in media, technology, and law. A co-founder of SpeakUp4.com, Kelly is a USPTO patent holder for the underlying technology, the Peerdash platform. Kelly initially developed the platform as CEO of Surfdash, Inc. for secure environments but decided our freedoms were worth more than government contracts. SpeakUp4.com is now open for Free Speech. For more information about our mission, please visit our Press Kit. 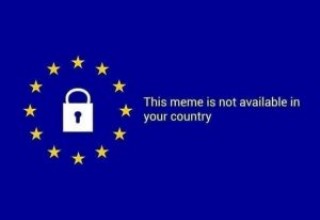 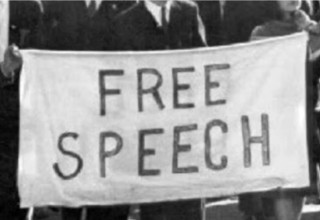 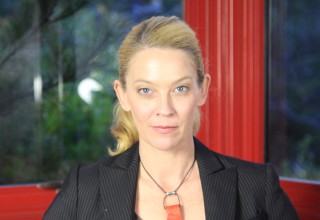 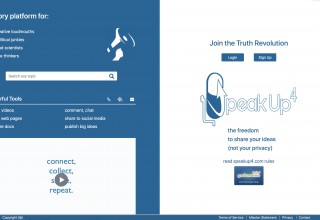