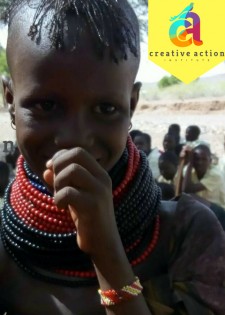 BOSTON, May 29, 2018 (Newswire.com) - As social media feeds continue to flood with one sexual abuse scandal after another, the egregious gender inequities that still exist in our own country, even for the most successful women, have become impossible to ignore. Luckily, these systemic abuses have given rise to advocacy groups like the #MeToo movement, which has proven successful at exposing countless predators and influencing businesses to address and correct toxic cultural norms that have been overlooked for far too long.

Women here in the United States championing the #MeToo movement have shown great courage and are making significant inroads by bringing this conversation to the forefront. Perpetrators are being brought to justice, and while there is still work to be down, we can see the negative social norms that have supported this culture of misogyny being uprooted. But what of the women and girls of the global south? Entrenched social norms that support systems of oppression and violence against women will require the same courageous leadership to rise up and challenge the frameworks the allow FGM, early marriage, and sexual violence to persist, preventing millions of girls around the world who will never be given the chance to complete their education, enter the workplace, or pursue their dreams.

Realizing that investing in the leadership of courageous women can bring about profound change, Josh Stephens, VP of Berkshire Hathaway HomeServices Warren Residential in Boston, and Christopher Brennan, Wealth Manager for Northwestern Mutual, to host #ForHerToo. Charitable donations from the event will help the Creative Action Institute (CAI) in its mission to advance gender equality, particularly in parts of the world where early marriage, female genital mutilation, sexual and physical abuse happen with immunity. Creative Action Institute is partnering with powerfully courageous women in the Global South as they lead the movement to advance gender equality.

Money raised at #ForHerToo will fund CAI's two primary Gender, Health, and Equity programs: The East African Girls' Leadership Summit and Mentor Program, which equips at-risk girls in Kenya, Rwanda, Tanzania, and Uganda with the knowledge and skills to advocate for positive cultural changes in their own communities, and the Leadership, Empowerment, and Advocacy Program, which shares a similar mission in Central America.

Now a leading Realtor for Berkshire Hathaway HomeServices in Massachusetts, Stephens has had the privilege of working with immigrant communities. Prior to entering real estate, Stephens worked for years as a social service worker in Lynn, coming face to face with dozens of children who had suffered the effects of destructive cultural norms in their former countries. "The horrific actions of Cosby and Weinstein and Spacey are horrible, absolutely, and this stuff shouldn't be happening," says Stephens, "but it's also happening in other places, in different ways, and victims of this abuse are all around us. That's why I'm so thankful for people like Clare Dowd and everyone else at CAI who are fighting the good fight and need our help to keep doing it."

#ForHerToo is the Creative Action Institute's jump-off in the Greater Boston area. CAI is well-established in the North Shore and Cape Ann but is eager to open new resource channels and form new partnerships with socially conscious donors in Boston. The event will take place at the Chase Young Gallery on Thursday, June 7. Doors open at 5:30 P.M. Wine and hors-d'oeuvres will be served, spoken word poets will be performing pieces exploring issues of social justice, and guests are encouraged to indulge in the fine art on display.