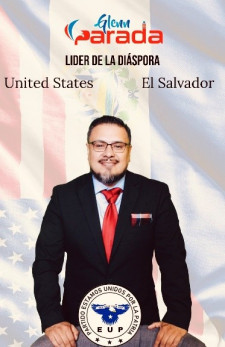 PALM BEACH, Fla., January 29, 2022 (Newswire.com) - Glenn Parada creates a new political party in El Salvador with his brother Jose Isaac Parada called Estamos Unidos Por la Patria. This is the party for all the people of El Salvador and the diaspora. It is set to be one of the largest political parties in the country. Mr. Parada is prepared to bring a new vision of economic empowerment to the people of El Salvador. On Dec. 14, 2021, Estamos Unidos Por la Patria was officially set in motion.

Born during the "black years" of the civil war in El Salvador, his family encountered many hardships. Their father was an evangelical missionary for the Assemblies of God in El Salvador under Pastor Juan Bueno. During this tenure he was able to obtain visas for his family to enter the United States in the early 1980s. Restarting from nothing and throughout multiple plights, Glenn worked with his father in a small-run bakery business from their home in Maryland to make ends meet since middle school.

After graduating from high school, he served in the U.S. Army as an M1 armor crewman. After his military service he was introduced to the mortgage industry by his brother Jose Isaac Parada. Glenn had to restart his life again from zero after the mortgage crash. He went back to his entrepreneurial spirit working different jobs while building his mortgage business comeback. From Maryland, New Jersey to Palm Beach, FL, Glenn Parada worked his way to becoming the CEO of Parada Mortgage. He was featured in Forbes as the first Hispanic and veteran-owned mortgage company in the island of Palm Beach. Jose Isaac Parada, his brother, is an international business broker and father of two U.S. Marines.

Growing up in the metropolitan area during the 90s, Glenn Parada was constantly exposed to the political world in Washington D.C. Glenn was, from a very young age, drawn to conservative radio and television because it would algin with his values. In 2016, Glenn Parada was with the Trump Presidential Campaign in Philadelphia, PA. In NJ, he volunteered in state and federal elections and was a Campaign Manager for an U.S. Senate campaign. He is now the Political Director for the Republican National Hispanic Assembly for the state of Florida. This year, he attended the "Luchando por la Libertad" lobby days at the Florida State Capitol where he will meet with Florida Senators, House Representatives, and legislative staff to preserve the conservative values of the state.

He stated, "I want to recreate the American Dream to be a Salvadorean Dream for the future of the country, so they can have ideals, rights and freedoms without barriers."

La Familia Network is a TV broadcast station. You can see our programming over the Air as well as through or streaming app IPoint on roku, and Limex tv on android/IOS. W
A 24/7 Spanish television network, well equipped with TV production facility. 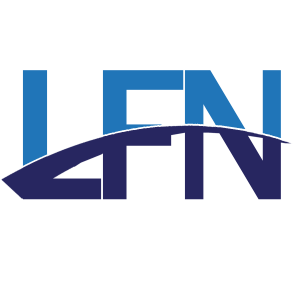