Fantasy Gold Coin Thrusts Itself To Forefront Of Fantasy Sports, eSports, And All Of Crypto

NEW YORK, July 26, 2018 (Newswire.com) - Most Daily Fantasy Sports sites take a 10 percent commission for each contest, along with raking credit card processing fees as high as 5 percent – altogether cutting player profits by a large margin. Worse, on these sites, deposits can be frozen or stolen. Combined with the risk of fraudulent deposits & charge-backs, a more secure and cost-effective solution was needed. So Fantasy Gold Coin [FGC] was born.

With FGC, transaction costs are drastically lowered using a transparent blockchain & open ledger, leaving players feeling confident their deposited funds are safe and used only to pay-out prize pools, and ultimately make the players more money. In addition to its transparency, FGC is considerably faster than other cryptocurrencies like Bitcoin and Ethereum, creating and finishing transactions in seconds, instead of hours.

Still, an original conversion from fiat currency to FGC is needed.

While other competing gaming coins like NoLimitCoin [NLC2] have opted to use AliPay, Fantasy Gold Coin [FGC] worked closely with UK based payment processor, Skrill to ensure better security of consumer funds.

“Our concern with using a China-based company like AliPay, is their legal ability to seize both customer and business funds during escrow given the type of contract they provide. This may seem unlikely, but given the current fickleness of legality of crypto in countries like China, we wanted to spare no chance.” - Jason Liberto, Chief Operating Officer of FGC - the official cryptocurrency for the $7 Billion Fantasy Sports industry

Using Skrill, anyone can buy FGC today from DraftDaily.com, and use those funds to invest, or play in fantasy tournaments. Other direct depositing methods, including Debit Card and ACH transfer are also set to begin within the coming weeks.

This type of dedication and care for consumer shown by the developers of Fantasy Gold Coin has been present since their beginnings. Previously DFS Coin, FGC has always been at the forefront of the convergence of gaming and crypto, long before other projects in the space. Even though others like Ethereum Token Unikoin Gold Coin may [UKG] claim this honor, FGC was the first to announce and host its own Las Vegas eSports Video Game Tournament (Watch clips from the last tournament at the official FGCArena website). Meanwhile, UKG still has yet to begin the events they promised would be rolling out at the beginning of the second quarter of 2018.

Despite all this, you may not immediately recognize the name Fantasy Gold Coin, since they recently swapped to an updated blockchain to become the better more secure FGC. Because of the swap, they were relegated to fewer exchanges for the intermediary (CoinExchange, CryptoBridge, and Exrates). However, since receiving their legal Letter Of Opinion (LOO) as a non-security yesterday, a recent mandate for listing on top crypto-trading platforms, new and larger exchanges are set to be listed over the next few months just in time for the American Football season in the fall.

Officially Starting at the beginning of the NFL season – Thursday, Sept. 6, 2018 -- FGC will have daily and weekly fantasy contests available on their website DraftDaily.com. More FGC Football competitions will be available at legendary fantasy site RotoBaller.com for the entire season as well.

For those interested in a more committed NFL Season-Long Fantasy Tournament, or to talk to a member of the team personally and see first-hand why they are the number one coin in Fantasy Sports, check out their Discord or Telegram. 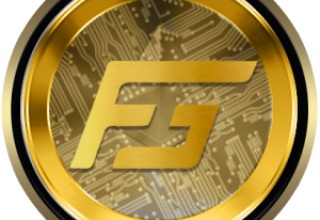 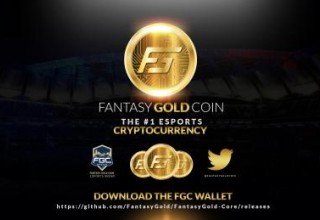 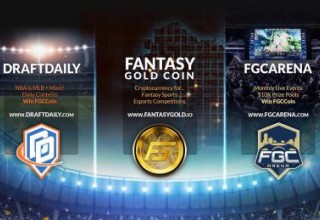 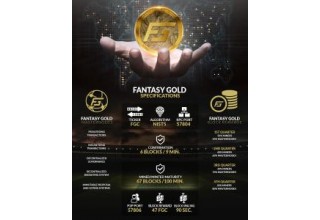 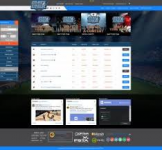 Bayside Corp. to Include Fantasy Gold Coin on Their Cryptocurrency CTM's Strategically Placed Across the Country
alex@draftdaily.com - May 18, 2018
Newswire