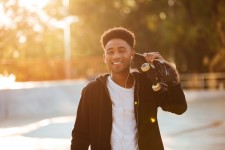 MIAMI, October 17, 2017 (Newswire.com) - How do you become a professional skateboarder? Being able to live off skateboarding can be a dream for many young skateboarders, but one man is turning that dream into reality.

While young kids all over the world pick up a skateboard to have fun with friends or just to pass the time, the industry of professional skateboarding is booming.

While making a living doing what I love, I get to have some of the best skateboarding products available to me and customized to my liking.

A 2009 report found that the skateboarding market is worth an estimated $4.8 billion in annual revenue with over 11 million active skateboarders in the world. And in 2016, it was announced that skateboarding will be represented at the 2020 Olympic Games in Tokyo, Japan.

But Erik Agazim did not enter the world of skateboarding in hopes of making big money while doing something he loves. He was just having fun with friends, practiced every day and realized he was better than a lot of people he skated with.

“After only a couple years of skating every day, I realized I was progressing a lot faster than my friends,” recalls Eric Agazim. “It was at that point I really focused on becoming a better skater.”

While there are millions of skaters around the world, only a small percentage of those will be able to gain sponsorships and be able to compete at professional events internationally.

Erik Agazim is fortunate enough to have professional sponsorships from some of the biggest brands in the United States.

Those professional sponsorships are attached to a regular salary or substantial coverage of living expenses. This allows the skater to practice and compete on a full-time basis without the need of additional employment.

“Becoming a professional skateboarder definitely has its perks,” Agazim explains. “While making a living doing what I love, I get to have some of the best skateboarding products available to me and customized to my liking.”

Professional skateboarders may also receive royalties for products sold by the sponsor company or brand that include that skater’s name or logo.

Starting out as a skateboarder dreaming of getting on the same level of notoriety as a Tony Hawk or other big name skaters can take creativeness and time. Agazim recognized this at an early stage of his skating career and was able to stand out with the use of video and the internet.

“Technology has really helped many underground skaters get noticed,” Agazim explains. “I had some friends record me doing some tricks, and I edited the footage down to a few minutes and uploaded it to the internet. One of my videos was noticed by a few skating companies and I was able to get a few small sponsors right away.”

But Erik Agazim emphasizes that just because you can do some cool tricks won’t get you noticed right away. But being able to be different and unique will make you stand out against the other millions of skaters trying to live out their dream.

“I will never discourage someone from skating and trying to make a living from the sport,” says Agazim. “Many have done it, and many will continue to do it. It’s now an Olympic sport. The sport is only going to grow in the coming years.”

Armed with just a board with four wheels, skaters can work, play, and compete towards their goal of skating around the world and making a comfortable living.

Erik Agazim is living proof of that. 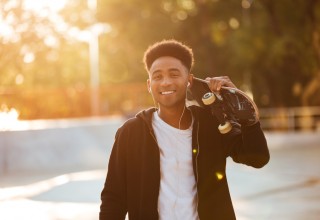 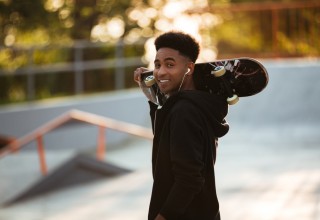 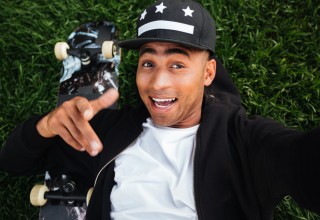 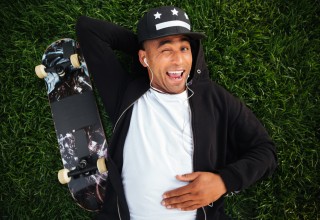