Ergo announced today the sale of the three-acre tech campus located at 1621 Alton Pkwy in Irvine, California, with plans for greater expansion in the region and in Canada

IRVINE, Calif., August 30, 2022 (Newswire.com) - In August 2022, Ergo Properties announced the sale of the Eureka Building Campus for an undisclosed amount located at 1621 Alton Parkway in Irvine, California. Ergo bought the vacant property in 2013 and transformed it into a multi-tenant creative campus with office space, venues, a cafe and event programming.

When they announced plans for the Eureka Building in 2013, it was to help catalyze the entrepreneurship community in Orange County. They did this by building a three-acre creative office campus that attracted companies from Silicon Valley and across California to relocate to Irvine. Called a haven for the geeky and creative by the OC Register, it housed their new coworking concept Eureka Hub as well as event venues that helped catalyze the community. Eureka hosted over 600 events since their doors opened in 2014, including Startup Grind, Tech in Motion, Cox Get Started, TCVN, OCTHH, OCTANe, Tech the Halls, Techtoberfest and our multi-day Eureka Fest.

After nine years of supporting the tech and creative community of Orange County, Eureka has expanded and evolved, bringing Eureka Hub to Canada with plans for greater expansion in Toronto and new Eureka Hub locations coming soon to California.

"It has been incredible to see how the startup and tech community has grown and the part Eureka got to play. From day one, we considered ourselves a resource in an area that was underserved and poised for growth," says Peter Polydor, President of Ergo Properties and Founder of Eureka.

In the years since Eureka Building opened, universities in the area like Chapman and UC Irvine have all made investments and created incredible spaces to support students and alumni creating the future in OC. Eureka Hub will continue to be part of the Southern California tech scene with new locations soon to be announced later this year.

Ergo Properties is a privately held commercial real estate investment and development company headquartered in Toronto, Canada, with offices in California. Founded in 2005, they look to acquire, improve and re-position properties morphing them into destinations that add value both to their investments and to the communities they are located in.

Launched in January 2014, the Eureka Building is a three-acre creative office, coworking and event campus in Irvine designed to offer Orange County's startups a community, accelerate innovation and support local entrepreneurship. Founded by Peter Polydor, it is meant to offer a centrally located, all-inclusive, utilitarian space where creativity can flourish, and business can thrive. For more information, visit EurekaBuilding.com

Eureka Hub offers flexible workspaces for entrepreneurs, freelancers, and startups of all sizes. More than just a workspace, Eureka Hub is a community. They strive to create a culture of ambition and innovation, and their application-based membership ensures a community of like-minded people with relevant events and networking opportunities. Eureka Hub runs hundreds of events through our venues, as well as hosting several major conferences ourselves. The largest of these is Eureka FEST, a multi-day networking festival featuring multiple stages, speakers and has attracted over 1200 attendees from all over the world. For more information, visit EurekaHub.com 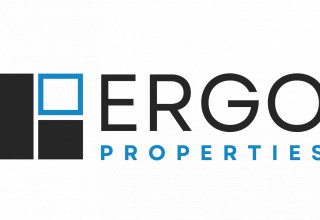 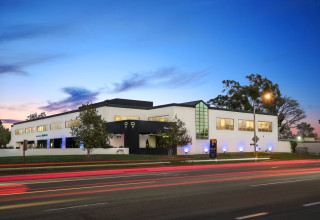 Ergo Properties is a privately held commercial real estate investment and development company headquartered in Toronto, Canada with offices in California. Founded in 2005, they look to acquire, improve and re-position properties morphing them into destinations that add value both to their investments and to the communities they are located in. 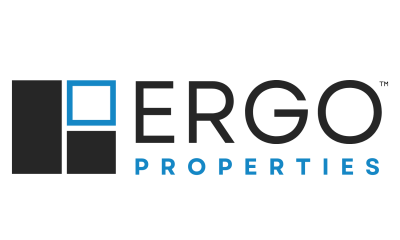