Epygenix Therapeutics Receives Orphan Drug Designation From the U.S. FDA for EPX-100 and EPX-200 in the Treatment of Patients With Dravet Syndrome

Dravet Syndrome, a catastrophic form of epilepsy, affects one in 15,700 children and adults in the United States. 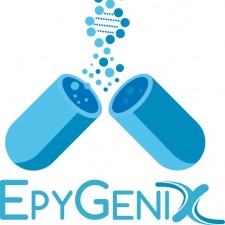 The rare, catastrophic, lifelong form of epilepsy begins in the first year of life with frequent or prolonged seizures. Intellectual disability, behavioral abnormalities, gait and motor dysfunction, and increased mortality are commonly observed as the disease progresses. Patients with Dravet Syndrome also suffer with life-threatening seizures that cannot be adequately controlled by available medications, and face a 15-20 percent mortality rate due to SUDEP (Sudden Unexplained Death in Epilepsy), seizure-related accidents such as drowning, or infections.  In most cases, the disease is caused by heterozygous de novo mutations or gene deletions of SCN1A, a gene encoding a brain voltage-gated sodium channel (Nav1.1).

EPX-100 and EPX-200 were discovered using a proprietary phenotype-based zebrafish drug screening platform. Zebrafish, a small vertebrate, harbor 82 percent of human disease-associated genes, and share many physiological and metabolic pathways with humans. Using a zebrafish model for Dravet Syndrome, drug candidates that suppress seizures and symptoms associated with neurological disease were identified from a screen of more than 3,000 drugs.

“Granting EPX-100 and EPX-200 the Orphan Drug Designation is one of the company’s significant development milestones, and we look forward to testing our drug candidates for children who are suffering from this debilitating disease as early as possible,” says Dr. Hahn-Jun Lee, M.Sc., Ph.D., president and CEO of Epygenix Therapeutics, Inc.”

Dr. Scott C. Baraban, Ph.D., professor and William K. Bowes Jr. endowed chair in Neuroscience Research at the University of California, San Francisco (UCSF) and chair of the Scientific Advisory Board at Epygenix Therapeutics, Inc. issued a joint statement: “The FDA decision recognizes the power of our zebrafish platform to rapidly identify drug candidates with the potential to provide new therapeutic options for children suffering with this devastating disorder.

As this is the first time a zebrafish model has been used to identify potential treatments for a human neurological disease, Dr. Baraban describes the Orphan Drug Designation as a significant milestone in validating this precision medicine approach.

Dr. Joseph Sullivan, M.D., director of Pediatric Epilepsy Center and associate professor of Neurology & Pediatrics at UCSF and one of the scientific advisors, said that EPX-100 and EPX-200 may be new treatment options for patients in the clinics later, especially non-responders to current treatment options.

Epygenix Therapeutics, Inc. is a precision medicine-based biopharmaceutical company focused on discovering and developing drugs to treat rare and intractable genetic epilepsy in childhood, such as Dravet Syndrome. Epygenix is currently focused on developing EPX-100 and EPX-200. These drug candidates abolish convulsive behavior and electrographic seizure activity and were discovered in a zebrafish Dravet Syndrome model which mimics the human pathology.  For more information, please visit www.epygenix.com.

EPX-100 is a first-generation antihistamine which was safely used to treat itch between 1950 and 1970.  EPX-100 was found to be a powerful suppressor of spontaneous convulsive behavior and electrographic seizures in zebrafish models for Dravet Syndrome.  EPX-100 antiepileptic action, however, is not through a histaminergic mechanism of action, but via modulation of serotonin (5HT) signaling pathways.

EPX-200 is an FDA-approved weight gain management drug which acts via modulation of serotonin (5HT) signaling pathways. EPX-200 was first identified in a zebrafish model for Dravet Syndrome. EPX-200 has already been successfully tested in five Dravet Syndrome patients at the University of Colorado Hospital, where it showed an ability to reduce seizure frequency in a small compassionate use trial.

Epygenix Therapeutics, Inc. is a precision medicine-based biopharmaceutical company focused on discovering and developing drugs to treat rare and intractable genetic epilepsy in childhood, such as Dravet Syndrome.