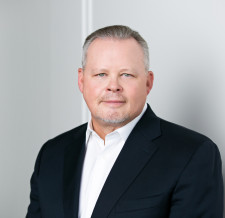 PARAMUS, N.J., March 15, 2022 (Newswire.com) - Epygenix Therapeutics, a clinical-stage biopharmaceutical company developing drugs for rare and intractable forms of genetic epilepsy, announces the appointment of Darren Cline as President and Chief Executive Officer and also Director of the Board. Mr. Cline will succeed Hahn-Jun Lee, M.Sc., Ph.D., who will continue serving on the Board of Directors and working as a transitionary advisor to the new CEO.

Mr. Cline is a seasoned pharmaceutical industry executive with an over-30-year track record of building key commercial organizations and functions. He is continuing his commitment to support patients and families of rare genetic epilepsies. "We are very excited for Darren to join our team, which will bring immediate synergies and be a critical catalyst for our commercialization efforts in highly unmet, rare epilepsy areas," said Alex Yang, JD, LLM, Chair and Executive Director of the Board at Epygenix.

Before joining Epygenix, Mr. Cline was most recently the US Chief Commercial Officer at GW Pharmaceuticals, where he led the successful commercialization of Epidiolex for rare epilepsies, which helped lead to the company's $7.2 billion acquisition by Jazz Pharmaceuticals in 2021. Before that, he was Executive Vice President, Commercial at Seagen, where he was responsible for the commercialization of ADCETRIS in the United States and Canada. Mr. Cline also held commercial leadership roles at Intermune, Alexion Pharmaceuticals, and Amgen. He is currently a member of the Pyxis Oncology Board of Directors and was formerly on the Stemline Therapeutics Board of Directors.

"Darren will add significant value to Epygenix with his seasoned experience in the commercialization of Epidiolex. He will lead the growth of the company from the clinical to commercial stage. Epygenix greatly welcomes him on board," commented Hahn-Jun Lee, M.Sc., Ph.D., a co-founder and Executive Director of Epygenix's Board.

"Darren knows the rare epilepsy disease space intimately and his established relationships in this space will open new opportunities for Epygenix. I am confident Darren's leadership will help bring safe and effective therapies to our patients," said Scott Baraban, Ph.D., a co-founder, Chair of the Scientific Advisory Board and Director of the Board at Epygenix.

"I am proud and honored to join Epygenix," said Mr. Cline. "The company has an extraordinary opportunity to leverage its unique platform to bring transformational therapies to patients who live with rare genetic epilepsies. I look forward to leading the company as it transitions into its next phase of clinical development and future commercialization."

Epygenix Therapeutics, Inc. is a precision medicine-based biopharmaceutical company focused on discovering and developing drugs to treat rare and intractable forms of genetic epilepsy in childhood, such as Dravet Syndrome. Epygenix is currently focused on developing EPX-100, EPX-200, and EPX-300. These drug candidates abolish convulsive behavior and electrographic seizure activity and were discovered in a zebrafish Dravet Syndrome model, which mimics the human pathology. For more information, please visit www.epygenix.com.

Epygenix Therapeutics, Inc. is a precision medicine-based biopharmaceutical company focused on discovering and developing drugs to treat rare and intractable genetic epilepsy in childhood, such as Dravet Syndrome.