Entrepreneur Launches Pro-Trump Social Network After Being Banned From Facebook

CHARLOTTE, N.C., November 15, 2018 (Newswire.com) - An innovative new social networking platform geared toward conservatives, TrumpTown.com, has officially opened its virtual doors in an attempt to give users an alternative to Facebook.

TrumpTown.com founder and North Carolina resident Addison Riddleberger is excited to give conservatives and Trump-supporters a new option in the social media space. The launch of the site comes hot off the heels of a situation involving of his own long-standing Facebook account being suddenly banned and his political pages being completely deleted.

“TrumpTown has been shaped with conservatives in mind,” Riddleberger stated. “After years of Trump supporters' right to free speech being silenced by Silicon Valley — and ultimately culminating with my network of conservative followers being purged — I decided the far-left tech industry needed a real competitor. And thus, TrumpTown was born.”

Riddleberger isn’t alone in his bind as a conservative online entrepreneur. American talk-show host and speaker Dennis Prager, founder of the incredibly successful Prager University, is suing YouTube and Google over video censorship issues despite the video giant referring to themselves as an “open platform.”

Riddleberger recently experienced a similar situation with Facebook, just 24 hours before the 2018 midterm elections, which he said provided the motivation to create and launch his own social network.

"Facebook completely de-platformed me," Riddleberger stated. "You don’t have to take my word — the proof is in the pudding. In the first week of September, my team published what quickly became the most engaged story on all of Facebook, according to NewsWhip. For those curious, it detailed Taya Kyle’s blistering response to Nike and Colin Kaepernick's joint marketing campaign.”

Riddleberger believes that this is the “only possible explanation” for his disabled personal account and deleted pages, stating that the messages he received from Facebook were ultimately “not applicable, conflicting, and — not surprisingly — automated.”

TrumpTown.com is a free-to-use social networking platform with many familiar features that social media users have grown accustomed to. The platform also offers membership options for users who want to enhance their experience.

When asked what his ultimate goal was for TrumpTown.com, Riddleberger replied: “to completely change the game.” 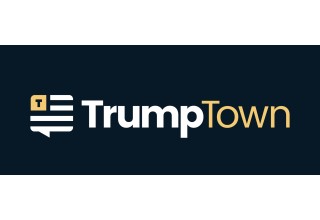 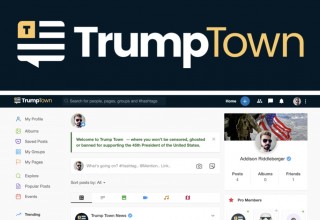