The New Orleans Resident Adds to a Legacy of Preservation 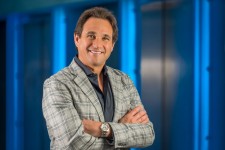 NEW ORLEANS, January 3, 2020 (Newswire.com) - Hand surgeon and serial entrepreneur Eric George has acquired the New Orleans property at 321 Saint Charles Avenue, a historic building that once served as the headquarters for the United Fruit Company, an influential organization that controlled New Orleans’s banana trade during its height. The acquisition continues George’s longstanding commitment to preserving properties in the crescent city.

The acquisition, which completed for an undisclosed amount, brings together several prominent investors, including Allan McDonnel, in a partnership spearheaded by George and his investment company, ERG Enterprises. While the partnership group has not finalized how it intends to develop the property, George is commissioning the help of local universities and historians to better understand its historical significance.

“There’s no denying the building’s history,” says George. “United Fruit and Sam Zemurray were among the most influential organizations and people of twentieth-century New Orleans. It’s important for us to fully understand the context of the building at that time. There’s a story to be told, which we’re working to uncover.”

The historic building was erected in 1920 and became the United Fruit Company’s headquarters, where Sam Zemurray oversaw company operations. During this time, he engaged in several infamous activities focused on wielding power and influence in the banana trade, including seeking to overthrow governments in Central America. Today, the entrance to the building still bears the name of the United Fruit Company and an ornate design that features cornucopias as a symbolic reference to its former tenant.

Last month, the 56-year-old George was featured in Preservation in Print, a publication produced by the Preservation Resource Society of New Orleans. The magazine recognized the West Virginia native for his record of restoring historic properties in New Orleans.

“One of the advantages of New Orleans is our connection to history,” says George. “We have so many historic properties that the past and present co-exist. It’s wonderful to see the blending of generations, and for those of us in positions to make a difference, it’s our responsibility to revitalize these great assets for everyone to experience. Otherwise, we would be doing ourselves an incredible disservice.”

The acquisition of the old United Fruit Company building comes nearly a decade after George joined several partners in buying and renovating his first commercial property, the Windsor Court Hotel. Since then, George has acquired and renovated the Orpheum Theater and The Pythian, as well as made investments in numerous real estate properties. Through his investment company, ERG Enterprises, George has become part owner of the Pontchartrain Hotel, Omni Royal Orleans Hotel, Westin Canal Place, The Frenchmen Hotel, The Thompson Hotel Nashville, and The Hyatt Regency New Orleans. George is also the founder and CEO of Hand Center of Louisiana, CEO of Omega Hospital, as well as chairman of East Jefferson Ambulatory Surgical Center.

ERG Enterprises is a leading New Orleans-based private investment company committed to intelligent investment on a global scale. The company maintains a fully diversified portfolio with assets valued at more than $1 billion. 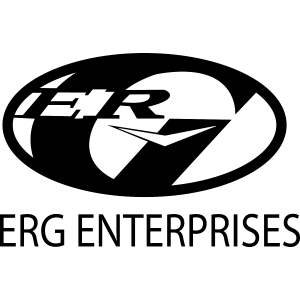