Enterin Announces Appointment of Dr. Patrik Brundin to Its Scientific Advisory Board 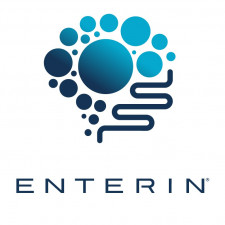 Dr. Brundin joined the Van Andel Institute for Scientific Research in 2012, where he is Deputy Chief Scientific Officer and directs the Parkinson's Disease Center. He earned his Ph.D. in 1988 and M.D. in 1992, both from Lund University, Sweden and is highly cited in neuroscience with more than 400 publications on Parkinson's Disease and related movement disorders. His research focuses on pathogenic mechanisms of Parkinson's Disease and development of therapies that slow or stop disease progression or that repair damaged brain circuits. He is a member of the World Parkinson Coalition Board of Directors and The Michael J. Fox Foundation for Parkinson's Research Executive Scientific Advisory Board. He also serves as co-editor-in-chief of the Journal of Parkinson's Disease and chair of the International Linked Clinical Trials scientific committee.

"We are very excited to welcome Patrik to Enterin's Scientific Advisory Board," said Denise Barbut, Enterin's Co-founder, President and Chief Medical Officer. "Patrik is a thought leader in the field of Parkinson's Disease and has pioneered an extensive body of research linking alpha-synuclein produced in the periphery to progression of the disease in the brain."

"We're absolutely delighted that Patrik is joining the Enterin Scientific Advisory Board. Patrik's contribution to our understanding of the pathophysiology of Parkinson's Disease, and of the role of alpha-synuclein in disease progression has been invaluable. He's the perfect match to our current thinking," added Michael Zasloff, Enterin's Co-founder and Chief Scientific Officer.

Enterin Inc. is the first company to develop novel compounds that repair the dysfunctional gut-brain axis in patients with neurodegenerative diseases. Enterin Inc. is pioneering the medical community's understanding of the link between infections, dysfunction of the enteric nervous system (ENS) and the onset and progression of neurodegenerative disease. Enterin's lead compound, ENT-01, displaces membrane-bound alpha-synuclein (αS) aggregates from nerve cells in the ENS and improves neural signalling between the gut and the brain. Enterin Inc. is now progressing ENT-01 through Phase 2 clinical trials in an attempt to reverse the neurologic symptoms of Parkinson's disease. The second compound, ENT-03, increases insulin sensitivity by acting at the level of the brain and acutely normalizes blood sugar in diabetic mice. ENT-03 is being developed for the treatment of diabetes, obesity and Alzheimer's disease. Studies in humans will begin in 2022.

Enterin to Announce Top-Line Results From the Phase 2b Study for Parkinson's Disease
Enterin Inc. - Jan 25, 2022

Enterin and Their Collaborators at NIH Announce That Alpha-Synuclein, the Culprit in Parkinson's Disease, is Core and Central to Normal Immune Function
Enterin Inc. - Jan 11, 2022