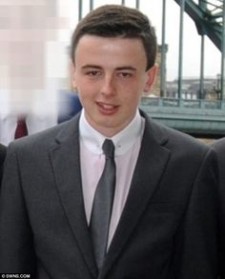 CHICAGO, Ill., August 1, 2017 (Newswire.com) - Chicago has consistently been ranked as the most polluted city in America by reports as per the American Lung Association. The county, home to a host of different industries, has an ever-growing population with over 12 million vehicles which presents endless risks to the health of its inhabitants as well as severe traffic congestion. It has been referred as the "Valley of Smoke" as the prolonged exposure to traffic pollution causes the arteries to harden which in turn leads to heart diseases and an increased likelihood of suffering from a stroke. One such resident realized that too much irreversible damage had been caused, and subsequently hatched a plan to put an end to the city's pollution and traffic woes.

Emmanuel Ventouris, who has just recently launched a revolutionary new bike sharing startup, Bike2, in his hometown that will go a long way to improving the quality of city life. "My idea was simple: Most people avoid public transport because of its lack of convenience. However, the traffic jams and delays are a big turn off for most people who take cars. What if there was a way to fulfill the need of traveling short urban trips through a shared system of bikes. You can pick one up anytime and drop it off at your convenience."

Emmanuel Ventouris says that his service that allows for anyone to take advantage of the benefits of bike sharing which include not having to worry about parking, maintenance and refueling costs, or heavy traffic. "It's based on the latest technology that strives to provide for a greener and cleaner life in the city. Eliminating our carbon footprint will go a long way to getting rid of the problems we've caused by our lack of vision over the years. The toxic air pollutants released by cars and other automobiles have caused acute and adverse health effects in young children, who have decreased lung functions and high rates of lung infections on top of respiratory problems like asthma.

"Adults suffer as well, with these pollutants linked to neurological disorders, genetic mutations, high rates of birth defects, and even cancer. The big SUVs which are popular here emit pollution that is three times that of the regular cars. Just traveling a few miles nowadays can have you stuck in traffic for a few hours, and let's not even talk about the time and cost challenges of finding a parking spot.

Bikes are the way forward, as they offer all of the benefits of a private vehicle without its drawbacks. For those who feel the physical exertion from riding a bike might be too much to handle, we offer a solution in the form of electric powered bikes that use smart-pedal technology to provide for a hassle free journey that involves pretty much no effort from the rider’s side."

Emmanuel Ventouris has raised more than $80 million from investors for Bike2, which reads for an impressive valuation. "On-demand bikes are destined for a huge future not just in America, but worldwide. We're currently only offering our service in Chicago since this is our first run out, but we do have nationwide expansion plans in the works for the near future. Our price model is what I believe to be our home-run. It's cheaper than even the public transport system! Our users can avail our bikes for just $2 per hour, regardless of the distance they travel with it. All bikes are equipped with an embedded microprocessor for Geo-tracking purposes, so users can leave it anywhere, and use our app to find bikes nearest to their location.

"We currently have over a million registered users, which we believe will only rise greater once the public realizes how valuable and unique our service is. It's not just a bike ride, it's a bike revolution. We plan to change the face of how bikes are regarded in America. A huge number of European countries already have more bikes than cars on the road, and we plan to bring that mentality to our country as well. Ventouris' new venture has already created a lot of excitement in the local Chicago community and has people waxing lyrical about the ingenious breakthrough in modern transportation.

Teresa Tate Callen, a 34-year-old owner of a local café has already switched to Bike2 to commute to her place of work. "It's a lifesaver, a game-changer. It's so beautiful to not be exhausted and frustrated after your commute which took 10 times longer than it should have due to heavy traffic. I've been biking for recreational purposes such as hiking, but Emmanuel's idea has just blown me away, it's so brilliant! I think I can eat a lot more muffins and cakes at my shop because I know I'll just burn them off biking my way home tonight!"

Ventouris' innovative startup seems to have found plenty of takers and looks set to bring in a healthy and long overdue change in the lifestyle of everyone. People all over the country will be watching with their fingers crossed hoping that their city is selected next as a part of Bike2's expansion plan.