LOS ANGELES, August 23, 2017 (Newswire.com) - Sporting a doctorate on her resume, a well-spoken, opinionated candidate has emerged in the 2020 run for president. With Donald Trump having opened the door to public figures attaining the highest office, Cherie DeVille has announced her intention to run for President. She’s enlisted Coolio to serve as Vice-President due to his rise from poverty to a "gangster's paradise," and having toured every state in this land, and dozens of countries throughout the world speaking to people along the way – together, they say, they know how to fix America.

The Team - Cherie has assembled several members of her team in hopes of appealing to a wide range of Americans.

Healthcare secretary is Kennedy Summers, a model and influencer who is also a third-year med student. She hopes to work with the Vice President in establishing "Coolio care."

Khloe Terae, a model who has traveled to over 40 countries, has been pegged for a role as foreign relations secretary. She is Canadian born and says she "can help rebuild the relationship between Canada and the U.S. after the current administration's damage." She is hoping to work closely with Prime Minister Trudeau.

*Kennedy & Khloe were chosen both for their opinions and to strike a chord with the millennial voters.

Former WWE Superstar Virgil is the Presidential hopeful's personal bodyguard who would rather die than let harm befall Cherie.

The press secretary is communications major and influencer Alix Lynx.

The campaign has strong financial support behind it from an adult company who have chosen to sponsor DeVille's run for change.

Cherie & Coolio encourage everyone to go to PornstarforPresident.com to read about the candidate’s stances.

Footage of the press conference will be made available later this week. 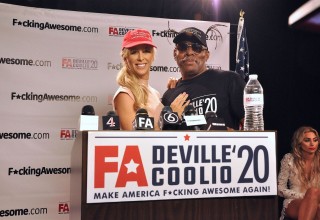 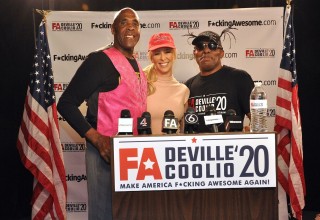 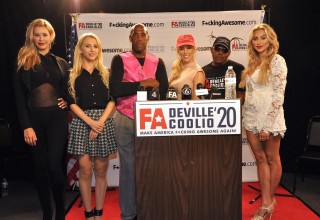 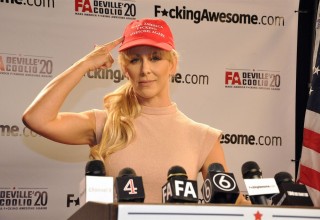