SAN SALVADOR, El Salvador, March 3, 2022 (Newswire.com) - The World Blockchain Festival will bring together experts who will share their visions and experiences about cryptocurrencies and the different financial technologies that this ecosystem encompasses, in addition to providing a space to learn about the Bitcoin law and the development of Bitcoin City in El Salvador.

The World Blockchain Festival will feature educational, networking, and entertainment spaces with artists and live shows. It will take place April 21-23, 2022, at the Salamanca Events Center in San Salvador, the capital of El Salvador.

Within the event, there will be access to conferences and experiences related to trends in the blockchain industry, such as decentralized finance (DeFi), the Metaverse, online payments, NFTs, and emerging technologies, among others.

The event is organized by Spartan Hill, a Colombian company in the technology sector and development of blockchain projects with a presence in El Salvador.

What to expect from the World Blockchain Festival?

The festival promises to be an unprecedented event, which will feature a panel of speakers with extensive experiences, such as Juan Diego Gómez, entrepreneur, writer, columnist, and CEO of Invertir Mejor; Philip Ong, entrepreneur, investor, and visionary from Singapore, who, through his companies, is leading social investment projects in El Salvador; Indira Kempis, Senator of Nuevo Leon, Mexico, who is leading a bitcoin proposal to be presented to her country's congress; Monica Taher, Director of International Technological and Economic Affairs of the Government of El Salvador; and Rodrigo Gómez, Country Manager of Bitrefill, among others.

"In its first version, the event is projected to position itself as the most relevant international festival in Latin America focused on the use of blockchain technology and digital assets," said Pedro Pascal, PR, Spartan Hill.

Those interested in attending will be able to purchase tickets starting in March 2022 on the event's official website. These tickets will allow access to the main conferences, Metaverse and NFTs room, Networking Rooms, Beach Club, Trade Fair, concerts, and other experiences.

Project status After the PulseChain main net release Sacrificers will be able to access their free PLSX.

To keep up to date with the latest PulseX announcements join the official PulseX Telegram Chat and follow the PulseX Twitter. 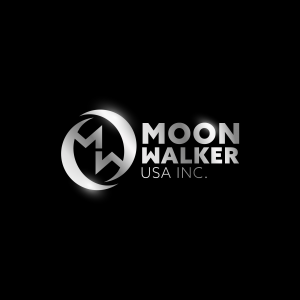 CryptoWorldCon, a 100% Immersive Crypto Experience, is Here to Stay - Miami, April 1-2, 2022
International agents, investors, companies, whales and rookies will converge to discuss the present and future of financing in the world.
moonwalker usa inc - Mar 24, 2022

CryptoWorldCon, the Biggest Event of the Year, Focused on Bitcoin Blockchain Crypto and NFT Happening in Miami on 1 & 2 of April
International Agents, Investors, Companies, Whales and Rookies will converge to discuss the present and future of financing in the World.
moonwalker usa inc - Mar 11, 2022