SAN DIEGO, January 20, 2022 (Newswire.com) - In the latest release of Edge, the self-custody cryptocurrency wallet has added full support for shielded Zcash (ZEC) across both iOS and Android. The integration of Zcash is a natural step for Edge, given the company's strong focus on privacy-preservation in everything they build — and the timing is key. In April, Zcash will implement the Halo proving system, which removes trusted setup and serves as a catalyst for user confidence and scalability. It's one of several improvements on the roadmap that makes the protocol more attractive, faster and less expensive for others to build on. Edge will fully support this upgrade (Network Upgrade 5) and is excited about new features like unified addresses, which ensure that all of a customer's Zcash is automatically stored in the latest shielded pool, regardless of the sender's address type.

Zcash (ZEC) is a decentralized, open-source cryptocurrency that provides enhanced transaction privacy when compared to other assets such as BTC and ETH. Similar to Bitcoin, ZEC uses a Proof-of-Work consensus algorithm to validate transactions (however, a change to Proof-of-Stake is planned); its monetary base is the same as Bitcoin's, a fixed supply of 21 million Zcash currency units (ZEC).

Zcash is originally based on the Bitcoin architecture, however, the network has some distinctions, including the rate at which blocks are produced.

Whereas new Bitcoin blocks are mined approximately every 10 minutes, a new block is mined to the Zcash blockchain every 75 seconds, with a current block reward of 3.125 ZEC.

The amount of the block reward is halved about every four years until all 21 million ZEC are in circulation — giving Zcash the same mechanics as the Bitcoin network in this respect.

Zcash implemented several other innovations, including zk-SNARKs, a novel form of zero-knowledge cryptography, to enhance the security and privacy of transactions.

For that reason, Zcash is well-known as a privacy-focused cryptocurrency, similar to the likes of Monero (XMR) and Dash (DASH) when used with PrivateSend.

Like many other cryptocurrencies, Zcash allows anyone with a computer and an Internet connection to send and receive coins as a means of payment — just like cash on the Internet.

What makes Zcash stand out in the crowd is that it gives users the ability to choose the level of transparency of transactions happening on the network. This is realized through two types of available addresses: shielded and transparent.

When a transaction is made through a transparent address, its details, such as the sender's and the recipient's addresses, as well as the value transferred, are visible on the public blockchain. In that regard, Zcash transparent transactions are similar to transactions on the Bitcoin network, offering users pseudonymity.

In cryptocurrencies, pseudonymity (often confused with anonymity) means that anyone can check the record to verify that the coins have arrived at the recipient's wallet, but that the transaction's participants can't be easily identified.

While ZEC is available on several crypto exchanges and digital wallets, Edge is one of the few multi-asset wallets that support Zcash shielded addresses. Moreover, Edge supports only z-addresses, ensuring the highest level of transaction privacy for Edge users, by default.

Zcash was originally developed (and is still supported, in part) by the non-profit Electric Coin Company (ECC), a team of experienced cryptographers, engineers and scientists spearheaded by Zooko Wilcox-O'Hearn, a Colorado-based computer security specialist and original cypherpunk.

Launched in October 2016, today Zcash is maintained by a wide network of contributors and mining machines. Unlike centralized entities such as a bank or government, Zcash has no central database to be hacked and no single point of failure.

Until November 2020, 20% of the Zcash mining rewards went to a fund called the "Founders' Reward." The Canopy upgrade replaced that model with a new development fund to last until 2024, distributed in the following way: Miners - 80%, Electric Coin Company - 7%, Zcash Foundation - 5%, grants for independent third-party development - 8%.

According to ECC, "the strength of the Zcash network depends on the growing ecosystem of developers, engineers and researchers building on top of Zcash."

Want to be part of the Zcash network? Try Edge today.

With seamless wallet creation and readily available exchange integrations, all inside of an easy-to-use self-custody application, Edge has now introduced another way for Zcash users to be part of the network.

Edge was designed to be easy enough for the everyday user, while including functionality even advanced enthusiasts appreciate. The Edge team is excited to be supporting Zcash and ECC's mission to provide everyone with access to a privacy-preserving, open digital currency.

For those interested in using Zcash in Edge, click here. To stay up to date with Edge company announcements and the latest developments in the crypto space, be sure to sign up for their newsletter or visit their site Edge.app. 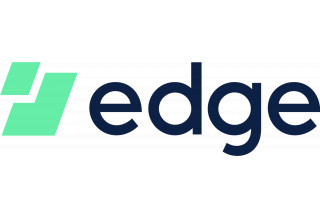 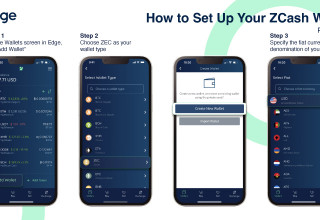 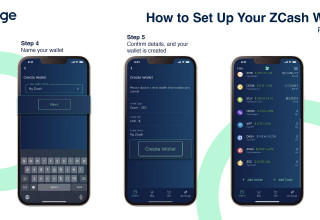 Edge is a self-custody application empowering users all across the globe to acquire, trade, and use digital assets without the risk and restrictions of third party custodians. Edge has always prioritized the user experience surrounding wallet creation and smooth interaction with blockchain protocols. FIO helps to dramatically reduce the friction of interacting with alphanumeric blockchain addresses, and the integration of FIO staking in Edge helps to give users an easy way to interact further with this protocol.

Thanks to robust infrastructure and readily available exchange integrations, all inside of an easy to use self-custody application, Edge has now introduced another way to be a part of the FIO network.

Edge was designed to be easy enough for the everyday user, while including functionality even advanced enthusiasts appreciate. The team is excited to be supporting FIO as the network is entering a new phase of its evolution.

Edge Adds Support for FIO Staking
The user-friendly, self-custody crypto wallet has provided users with a new way to participate in the FIO network as it enters a new phase of its evolution.
Edge - Feb 3, 2022