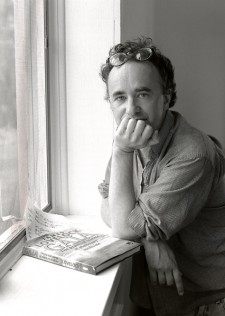 New York, New York, April 18, 2017 (Newswire.com) - After a lengthy and arduous journey, this Earth Day will mark the end of a long dispute between a classical composer, an orchestra and a union: award-winning American composer Nathan Currier won favorable rulings in New York State Supreme court against the Brooklyn Philharmonic, and, more recently, in Federal court against the American Federation of Musicians/Local 802 union, as a result of which there has been a settlement where Currier will now have the rights to the recording of a performance of his Gaian Variations, and about an hour of music from this environmental composition concerning Earth System science, also known as Gaia theory, will soon be online for everyone to hear, at www.gaianvariations.com, going live on Earth Day 2017.

The dispute goes back to Earth Day 2004, when Gaian Variations was being premiered at Lincoln Center’s Avery Fisher Hall in New York City and the Brooklyn Philharmonic stopped mid-performance, claiming it was going into overtime, although they had played less than two hours of their three hour contract.  “I suspect most in my field are bemused as to why I bothered pursuing this so long,” says Currier. “It certainly wasn’t from litigiousness, vanity, anger or the like: it’s just what got me to write the piece in the first place, or to put in personal funds when the organizations involved didn’t raise the money, and that is, that the material behind the work is beautiful, but also utterly obligatory, if you want your grandchildren to have lives on planet Earth. It just isn’t enough for the average person to say, ‘I agree the Earth's climate is changing from human impacts,’ and leave it at that. As James Hansen, the world’s most famous climate scientist, has said, “Climate feedbacks are the core of the climate problem.” James Lovelock was initially going to call his Gaia concept the ‘Earth feedback hypothesis,’ and Gaia theory was the first application of feedbacks and systems thinking to the whole planet. If we are going to ameliorate the vast changes we are rendering, then ordinary people, as well as the technologists and engineers, research scientists, governments, voters of those governments – all are going to need to be informed by some mental model of what the planet that they are living on really is and how it operates. The two great geniuses of this were James Lovelock and Lynn Margulis, who initiated Earth System science with what they first called the Gaia hypothesis, where the geosciences and life sciences merged into one, and the whole was first seen as a single self-regulating entity, like a giant planetary metabolism. Environmentalists, who care about the planet, often get things wrong simply because they can’t cogitate the planetary system well. So I see it as the ‘101’ of 21st century thought. That’s why I simply wasn’t going to give up.”

Currier was given a pro bono lawyer several weeks after the event, but the Chairman of the Board of the Brooklyn Philharmonic orchestra at the time was the Executive Vice President and Director of the Hess Oil company, who pressured the law firm representing Currier to drop his case. In 2009 independent lawyer Alex Roshuk became interested in Currier’s story and helped file a complaint in State Supreme Court. Immediately, unflattering accounts appeared in the New York Post and elsewhere, the front page of the Brooklyn Paper carrying the caption under Currier’s photo: “He’s no Sym-phony.” The New York Times’ sole mention of the dispute was a quote from the Hess Oil executive stating that Currier’s case was “totally without merit.” The New York Times had also published a highly negative review of the premiere, which started by dubbing it “mostly pseudoscientific.”

“I haven’t wanted to discuss the New York Times review much until now,” says Currier, “but after the ‘pseudoscience’ bit, the critic went to a “quote” from the text, but in fact it was mostly a note put in by the supertitle producer, and not part of my piece at all. Then he said it went on for some three hours, when they barely played for two, and finally he ended up talking about hell, and there I actually agreed with the critic wholeheartedly: but for me, it is precisely the kind of attitude expressed in his review that could inadvertently send us all to hell, not my piece, irrespective of its artistic merits or demerits. The performance was cut off shortly before Lovelock says how we could wipe ourselves off the planet – that’s the hell the critic should have been more concerned with.”

Not only did Currier, eventually represented by Quinn Emanuel Urquhart & Sullivan,  finally prevail with his case,  but recently his score spent a full year on display at the London Museum of Science, one of the world’s most prestigious, as part of their exhibition Unlocking Lovelock.

Prominent American composer John Corigliano said of Currier’s Gaian Variations that it is, “Just beautiful. Very, very skilled work, and very inspired too.”  “I’m glad that this situation has finally been resolved,” Currier adds, “and I’m so happy that everyone will now be able to hear the piece for themselves, even if incomplete.”

Although it won’t be ready for Earth Day, there will soon be a downloadable continuous-play version available at the site for a small fee, with proceeds going to help out the Brooklyn Philharmonic.

Orchard Circle is a composers circle devoted to the aesthetic center, which held an inaugural concert with leading members of the Berlin Philharmonic, including their Concertmaster, on election night, November 8th, 2016.