With the risk of an opioid overdose epidemic looming in the country, Foundation for a Drug-Free World chapters throughout Germany meet to coordinate actions to make maximum impact over the coming year.

HAMBURG, Germany, August 22, 2018 (Newswire.com) - As reported in Die Welt, “Germany risks suffering an opioid epidemic similar to that seen in the USA,” according to Christoph Stein, director of the anesthesiology department at Berlin’s Charité Hospital, Europe’s largest university clinic.

“The use of opioids per person in Germany is already shockingly high and is barely distinguishable from the U.S.,” said Stein. “Even for a relatively minor operation, patients are sent home with big packs of opioids …”

Foundation for a Drug-Free World is dedicated to reaching young people with effective, fact-based drug education before they start experimenting with drugs because tweens, teens and young adults who know the facts about drugs are much less likely to start using them.

Prevention is one of the four pillars of the German government’s National Strategy on Drug and Addiction Policy and the German chapters of Foundation for a Drug-Free World take their role in carrying out this strategy very seriously.

Foundation for a Drug-Free World is a nonprofit public benefit corporation that partners with civic and nongovernmental organizations. Through its worldwide network of volunteers and partnerships, it has distributed more than 109 million copies of The Truth About Drugs booklets since they were first published in 2006.

The conference was hosted by the Church of Scientology Hamburg which supports the campaign. Volunteers from across Germany gathered to report on their production over the past year, network and exchanged successful actions.

Guest speaker was Meghan Fialkoff, executive director of Foundation for a Drug-Free World New York. Ms. Fialkoff is featured in an episode of Voices for Humanity on the Scientology Network for her stellar work bringing drug education to the children of New York. She briefed the volunteers about some of the most alarming global trends in drug abuse and addiction and the importance of engaging the entire community to work together to make the needed impact on this urgent issue.

She then presented each chapter with a commendation and Drug-Free World Germany with the 2018 Drug-Free Heroes Award. 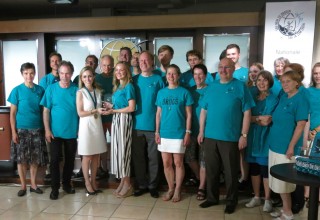 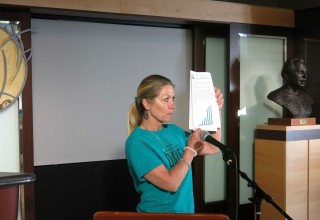 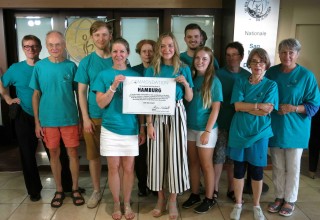 Religious Freedom Awards Recognize Diversity of Faith and Tolerance
The Church of Scientology of Spain and the MEJORA Foundation for the Improvement of Life, Culture and Society held their seventh annual Freedom Awards presentation in an online ceremony attended by the Director of Religious Freedom in Spain's Ministry of the Presidency, Dr. Mercedes Murillo.
Scientology - Dec 3, 2020