Drug-Free World Belgium: Reaching Kids Before the Dealers Do

Volunteers from the Say No to Drug Association of Belgium carry out a 10-day drug prevention campaign. 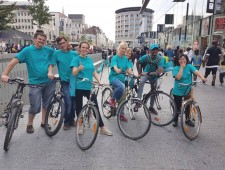 BRUSSELS, July 15, 2018 (Newswire.com) - The Say No to Drugs Association of the Brussels Branch of the Churches of Scientology for Europe celebrated International Day against Drug Abuse and Illicit Trafficking with 10 days of drug prevention activities. They began in Antwerp and moved on to Brussels, culminating in an open house and forum at the Church.

Volunteers handed out 55,000 copies of Truth About Drugs booklets and flyers in Flemish and French-speaking communities in Wallonia and Brussels.

Nearly 500 restaurants, hair salons, and others shops joined in the campaign by setting up displays of the booklets for their customers.

The open house was organized around an interactive exhibition of the Foundation for a Drug-free World in the Church’s Exhibition Hall, where guests watched public service announcements on the theme “They Said…They Lied,” exposing the false propaganda young people are exposed to in an attempt to convince them to experiment with drugs.

Julie and Joana, the two young coordinators of the Say NO to Drugs Association, introduced the speakers at the forum.

A former addict told of her own experience with drugs. She would not have started if she had any idea the hell she would live through when addicted.

One of the speakers was a father who became trained as a drug education specialist after a crisis in his own family. He spoke of the importance of talking to young people about drugs before the dealers do.

“I would never have thought that one day I would discover that one of my own children smoked cannabis,” he said. “I realized that I had never spoken to them about this subject and I didn’t know it myself. It is vital to know the truth about drugs and to make it known to the people around you.”

Julie, president of the Say NO to Drugs Association, said the best time to handle drug abuse is before it begins—preventing abuse through fact-based drug education. “By educating young people, giving them the truth about drugs, they can make the decision to live a life without drugs,” she said,

“We have distributed more than one million Truth About Drugs booklets in recent years,” says Joanna. “When we hear stories like these it inspires us to continue.”

Tags: Belgium, Foundation for a Drug-Free World, Say NO to Drugs Association, Truth About Drugs 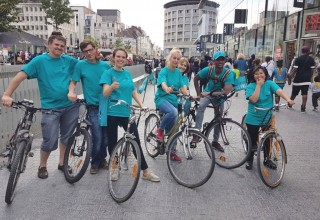 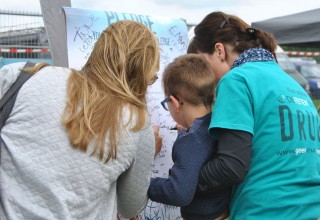 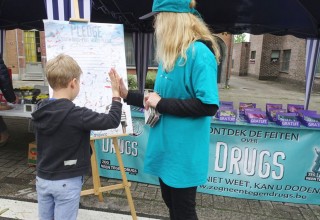 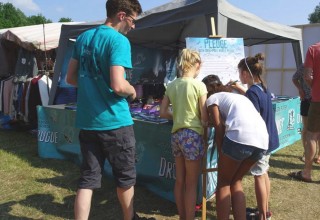