An afternoon of fun for a worthy cause 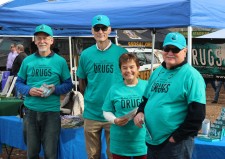 SACRAMENTO, Calif., January 31, 2019 (Newswire.com) - Drug-Free World was among the community groups at the 45th annual Pig Bowl football game and kids’ safety fair. Held Jan. 26 at Hornet Stadium on the campus at California State University, Sacramento, the event was a “smashing” success.

The Pig Bowl started in 1974 when a small group of policemen turned their football scrimmage into a fundraising football game to help local charities. In its 45 years, the annual game has raised more than $1.5 million for local charities. The “pig” in the title comes from the epithet used for police by protestors in the 1960s and 70s. These good-natured officers turned the term into an acronym standing for Pride, Integrity, and Guts.

Seventeen years ago, the police invited all first responders to play in the great charity football game, expanding the name of the game to PIG BOWL Presents GUNS & HOSES. The police are now the law enforcement “HOGS,” and they play against the firefighters’ “FIRE DOGS.” The Hogs beat the Fire Dogs 24-18 this year.

The game honored fallen officers and paid tribute to all the firefighters who battled California fires over the past year.

Many community-based groups join in the pre-game fun, including Mothers Against Drunk Drivers (MADD), Foundation for A Drug-Free World and local police, sheriff’s office and fire department’s charities such as the Firefighter Burn Institute and Sacramento Sheriff’s Toy Project.

Drug-Free World works in partnership with police departments in cities throughout the U.S. and around the world because drug prevention is an important factor in tackling crime. According to the Bureau of Justice Statistics, 17 percent of state prisoners and 18 percent of federal inmates were jailed for offenses committed to obtaining money for drugs. And studies show "a significant relationship between substance abuse and violence."

Volunteers handed out hundreds of copies of "The Truth About Drugs" booklets at the game. The booklets dispel myths by presenting the facts about the effects of each drug, both short-term and long-term, informing youth and empowering them to make their own decisions to live drug-free.

The Foundation for a Drug-Free World is a secular nonprofit corporation that empowers youth and adults with factual information about drugs so they can make informed decisions to live drug-free. The Foundation’s Truth About Drugs campaign is one of the world’s largest nongovernmental drug education and prevention initiatives. The Church of Scientology and Scientologists support the Foundation, making it possible to provide these materials free of charge to community leaders, groups and educators for their use in dealing with this vital subject. 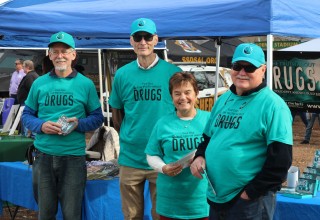 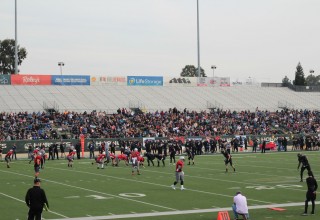 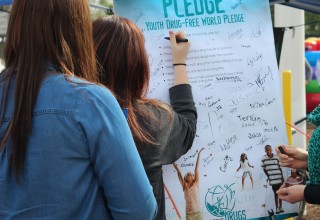 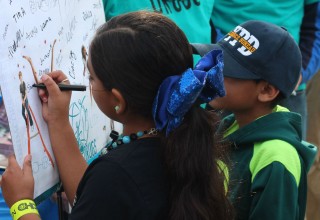