Drug-Free and Loud: Bikers Against Drugs

Driving a drug-free message through the villages of Lake Iseo in Lombardy, Italy 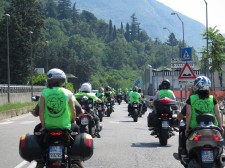 BERGAMO, Italy, July 12, 2019 (Newswire.com) - Volunteers from the local chapter of Foundation for a Drug-Free World and the Church of Scientology Mission of Bergamo joined those climbing aboard more than 100 motorbikes to promote drug-free living during the region’s second annual Motorbike Rally Against Drugs.

The rally was sponsored by the towns of Sarnico, Lovere and Sulzano that line the shores of Lake Iseo in the Lombardy region of Italy.

The bikers gathered in the central square of Sarnico, where they signed up for the tour around the lake. They received a sticker to put on their bikes and a mesh tank top with the logo of Foundation for a Drug-Free World. Each bike bore the tour logo with its message: Say NO to Drugs.

It was a perfect day for a rally through the beautiful villages and lush hills surrounding the lake, all the while spreading the message that life is much more fun when lived free from drug abuse and addiction.​

The Church of Scientology and Scientologists support the Foundation for a Drug-Free World. In his research on the subject, Scientology Founder L. Ron Hubbard found: “Drugs can put people into a condition which not only prohibits and destroys physical health but which can prevent any stable advancement in mental or spiritual well-being.”

By using the materials of the Foundation for a Drug-Free World, humanitarians from New York City to Malaysia and El Salvador to India use the campaign to educate their communities and reduce drug abuse and addiction.

Tags: Church of Scientology Mission of Bergamo, Foundation for a Drug-Free World, Motorbike Rally Against Drugs 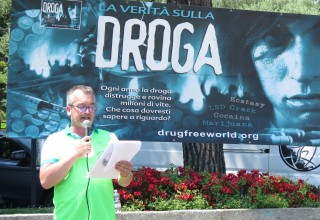 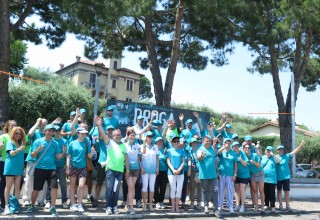 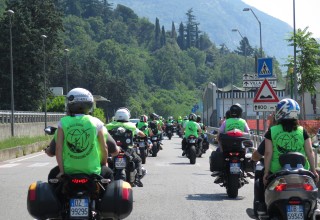 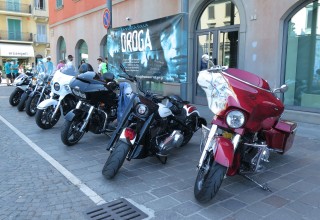