Available on a variety of different platforms that DragonGaming.com has partnered with, the games are parts of the company's ambitious growth plans. In addition to driving customer retention, they are also likely to attract even more players.

Play With Cleo Scratchcard, one of DragonGaming's new titles, takes players on an amazing adventure with Cleopatra, the titular character. It features an impressive 95% RTP that makes it a great option for real money gamers looking for a chance to win big. The game has an outstanding design that has been optimized and can be played on both smartphones and tablets.

DragonGaming's second Scratchcard release is Rise of the Titans. As its name suggests, it takes players on a thrilling adventure with the gods of ancient Greece. For those brave enough, there is the chance to win up to 650x the initial stake and also get a free spin round with ten extra plays and a chance to extend winnings with multipliers up to 10x. There is much more to discover once customers start playing.

Speaking on the recent additions, Jess Beker - Marketing Manager at Dragon Gaming - noted that more amazing games are on the way. "We have been working quality on the background to bring you Scratchcards from our biggest and most played slot games. Three new SCs will be launched at the end of the month, and more will follow in the next coming months..." she noted.

Even more high-quality games from the company are welcome and will contribute to further growth.

DragonGaming also launched an amazing slot for people who prefer some reel-spinning action. With the Z Invasion video slot, players are put right in the middle of a city infested with zombies. But being a horror-themed video slot does not mean it only aims to give players goosebumps, but also to take them on a fascinating and potentially lucrative expedition. During gameplay, players can unlock several of the game's extra features by matching symbols.

For those looking for a classic table game experience, DragonGaming also has a few new titles available. Players can dive into the action-packed gaming tables of the Baccarat, 3 Cards Poker, and Craps titles that are offered by the developer's partners. As expected, the quality of these games is superb and the chances of winning are still very enticing.

DragonGaming began its operations back in 2004 by creating casino games for a well-known internet business. With that experience, the team quickly built-up lots of expertise in the iGaming field. That way they could develop and offer amazing material that players enjoyed.

Today, the dozens of games in DragonGaming's portfolio are offered in more than 25 different languages. They are also accessible in over 25 different currencies, including some of the most popular cryptocurrencies. The company also builds custom experiences as per the specifications of online casino businesses.

All its games are developed in HTML5 and are compatible with all browsers, mobile devices, as well as desktop computers. Its experienced team members are great at facilitating a quick setup and integration. To top it all off, the company also prioritizes security and places a premium on player safety and satisfaction.

For more information regarding the games offered by DragonGaming.com, we recommend getting in touch with the team either through the contact page on their official website, email: info@dragongaming.com or by phone: +6585559024.

DragonGaming has been developing high-quality casino games for over 15 years. 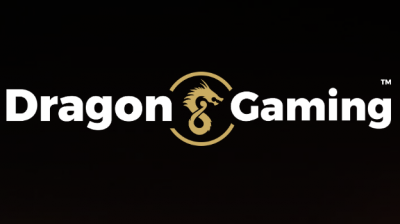