Dr. Kypros Chrysostomides Discusses the UK as a Guarantor of the Republic of Cyprus 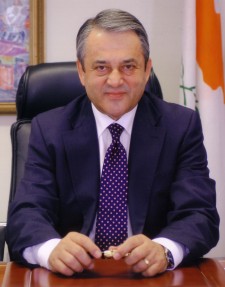 NICOSIA, Cyprus, September 11, 2019 (Newswire.com) - The illegality of the Turkish invasion and the continuing occupation of the northern territory of the Republic of Cyprus, allegedly in accordance with the Treaty of Guarantee of 1960, is self-evident. This question has been discussed by scholars of great caliber who have confirmed such illegality. Neither the wording of the Treaty nor international law and practice, in general, would justify such action on the part of Turkey.

The 1960 Treaty of Guarantee is an international treaty entered into, according to the Vienna Convention on the Law of Treaties, between the newly established Republic of Cyprus, Greece, Turkey and the United Kingdom of Great Britain and Northern Ireland.

In examining the legality of such guarantee, mention is always made of the basic guidelines of Article 103 of the Charter, which provide that:

In order to ascertain the degree of compliance of the Treaty of Guarantee with said guidelines, one must look firstly at Article 2 (1) of the Charter, as well as Article 2 (4), which expressly prohibit the use or threat of use of force to settle differences between sovereign states and is undoubtedly a jus cogens provision; also, whether the exceptions provided for in Articles 51 and 53 of the Charter apply.  If according to appraisal by international authorities, including international court judgments, the provisions of the above articles do not justify such military intervention, then any such action is manifestly illegal.

No doubt both Cyprus and the U.K. consider the Treaty as binding and as creating obligations under international law, which should be performed in good faith (Art. 26 of the VCLT – pacta sunt servanda).

It is also self-evident from the facts surrounding the 1974 invasion that the U.K. clearly failed to perform its obligations under the treaty in a number of ways, as per Articles II and IV of the Treaty:

·        It failed to ensure the independence of the Republic of Cyprus against foreign aggression.

·        It failed to ensure the territorial integrity of the RoC. It has allowed and continues to allow violation of the principle of the indivisibility of the territory of the Republic of Cyprus since 1974 and after (see Cyprus Constitution, Article 185).

·        It failed to secure the constitutional order of the RoC.

·        It blatantly failed to resist partition by military force of the RoC.

·        It failed to act for the re-establishment of the constitutional order of the ROC.

·        It failed to act in November 1983 against the declaration of separate “independence” in the occupied areas and failed to prevent a territorial division or activities tending to promote the forcible division of the country.

·        It failed to prevent further expansion of the Turkish troops in August 1974. The Third Report of the House of Commons Foreign Affairs Committee in 1987 established in no uncertain terms that the extension of the initial invasion after the 14th of August 1974 “… was illegal both in terms of the 1960 Treaties and in terms of the UN Charter and general international law.”

·        It failed to prevent the illegal violation of the demographic fabric of the people of the RoC through the illegal transfer of settlers by the occupant power, which it had also guaranteed as part of the constitutional order of the Republic of Cyprus.

It may be said by way of counter-argument that, in the meantime, events have intervened that have brought about a fundamental change of the situation or even a waiver of the rights of the Republic of Cyprus under the Treaty. These events are the intervention of the S.C. and the acceptance by Cyprus of the intercommunal negotiations as a means of resolving the situation that was allowed to occur, among others, by the failure on the part of the U.K. to act, as described already. I believe that such an argument can not be sustained.

Any violation or failure to observe obligations under a valid treaty establishes the responsibility of the state acting against it or failing to act in accordance with it. Such responsibility is actionable before the International Court of Justice, in accordance with Article 36 of its Statute, as it creates a dispute, provided, of course, that the states concerned have accepted the compulsory jurisdiction of the Court. I believe that the U.K. and Cyprus have done so. But I understand that the U.K. has revised once more its declaration on the compulsory jurisdiction of the ICJ excluding cases where a relevant application emanates from a member or a previous member of the Commonwealth (see the latest declaration of February 22, 2017).

At the same time, however, an advisory opinion could be requested from the ICJ via the organs of the UN, i.e. the GA or the SC. Such an advisory opinion could cover the responsibilities of the U.K. (as well as those of Turkey) and could focus on questions such as the need to restore the constitutional order of the Republic, the illegal transfer of settlers and others. The fact that such advisory opinion has not so far been sought may frustrate the success of such a request before the ICJ.

Dr. Kypros Chrysostomides Believes That Independence is the Normal Situation of States - Cyprus Not Excluded
In the search for a solution for the Cyprus Problem, the respective leaders of the parties in the negotiations should strive for the welfare and the prosperity of the Cypriot people and look after and protect their interests.
Webarts - Sep 23, 2019