DAVIE, Fla., February 23, 2018 (Newswire.com) - “None of us should really be surprised by the actions of the 19-year-old suspected school shooter in South Florida. As devastating as his alleged actions were, he gave strong hints that he was troubled and troubled people cause trouble,” shares Dr. Julia Harper, Ph.D., M.S., OTR/L, parenting and neuroplasticity expert for over 20 years and founder of TheraPeeds, a family center that helps children with learning disabilities, autism, ADHD, OCD and other brain dysfunctions.”

“Nikolas Cruz had a chronic battle with mental illness and depression, which didn’t start recently and often never does. Physiological limitations in the brains of children can often be present and go on as undiagnosed Processing Disorders. When these disorders go unidentified, undetected and untreated, they can lead to emotional and mental breakdown. This is why early detection and treatment is critical,” implores Dr. Harper.

The shooter's brain was not working for him, which was combined with an environment that did not recognize it and more importantly did not know how to handle it. It was a cocktail for disaster. Cruz showed early signs of a possible processing disorder, but nothing in his history suggested that this was ever identified or addressed.

“The shooter’s brain was not working for him, which was combined with an environment that did not recognize it and more importantly did not know how to handle it. It was a cocktail for disaster. Cruz showed early signs of a possible processing disorder, but nothing in his history suggested that this was ever identified or addressed,” states Dr. Julia Harper.

What parents need to see:

Sometimes parents don’t see because they don’t want to or are afraid of the diagnosis and other times it’s because they don’t know what to look for. Below may be signs of a Processing Disorder that can affect emotional regulation and stability. Parents need to see if their child exhibits any of these behaviors:

It isn't any one of these things that indicate the possibility of a Processing Disorder, it is a cluster of these behaviors. In addition, there is other testing that can be performed to confirm or rule-out the presence of these disorders. This is a place to start.

Dr. Harper furthers this discussion, explaining, “Untreated processing disorders in young children, can sometimes lead to mental illness later in life. Those dealing with mental illness typically exhibit early signs of their emotional distress via lack of problem-solving and behavior dysfunction indicating that they are struggling with adapting to their environment and the demands of life.”

What parents need to do:

Dr. Harper is eager to share what can be done by parents and teachers alike.

Dr. Harper stresses “not all processing disorders lead to mental illness and mass shootings and that parents, teachers and health professionals need to look at these problems from the beginning, when they start in early childhood. They need to see these problems which can begin to show themselves through social, behavioral, learning, motor and communication problems. These deficits can start in early childhood, from the beginning. Don’t wait to start looking for them in middle school, high school or worse after a tragedy.”

Julia Harper, Ph.D., M.S., OTR/L is a wife, mother, occupational therapist, business owner, psychologist, life coach mentor, speaker and writer. She brings all of these roles together to serve her mission of helping people-all people to live their lives beyond limitations.

For over 20 years, Julia has worked as a pediatric occupational therapist focusing on creating brain-based therapeutic programs that tap into neural-plasticity, the brain’s ability to adapt and change. Her world-renowned therapy center offers “a WAY to HOPE” which merges her two models: HOPE (Harper’s Optimal Protocols for Enrichment), which focuses on re-wiring the brain of those with physiological, learning and limitations in attention and WAY (What About You), which retrains the brain to move beyond emotional and thought limitations. 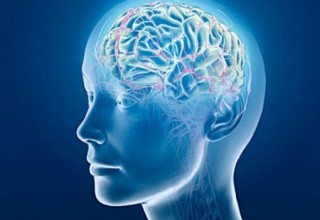