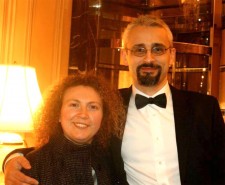 CHICAGO, November 12, 2018 (Newswire.com) - It is hard to see the full picture when there is ‘story within a story’. It is even more difficult to solve a ‘problem within a problem’. The Art Loves Science Foundation is trying to develop a solution for both. It was founded by two scientists, who are very good at art and are on two sides of the spectrum. They developed a unique way to blend art and science, such that it creates a common language and a path to expedite discoveries and innovation.  Dr. Hande Ozdinler is an Associate Professor of Neurology and she is also a painter, inventor of OzdinART ™, a novel form of painting. Dr. Derya Ozyurt is a Process Systems Engineer, a percussionist, a baglama player, and music enthusiast.

Working in competitive academic and industrial settings, they both know that being an artist is most often seen as a “distraction”, a sign that many have not been giving their full-time and attention to their profession. So, they both kept it to themselves for a long while.

It is hard to see the full picture when there is 'story within a story'. It is even more difficult to solve a 'problem within a problem'
P. Hande Ozdinler

Since they were trained to find solutions to complex problems, they knew there had to be a way out where everyone benefits. First, they tried to assess the limiting factors and major roadblocks to success.  One major problem in science was the lack of support for the development of initial phases of crazy and impossible ideas. Even though each great invention was once a baby idea, many wonderful collaborative and innovative ideas were left to die due to lack of funding and support. Many young faculties were left to paddle up against the current very early in their carrier, and their brilliant ideas were not appreciated or supported. Fewer students chose science as their path; the smartest and the most creative students were staying away from science due to lack of support and nourishment.  Being a scientist was not fun anymore, it was all about grant writing, grants that hardly ever get funded, and if funded it was never enough. The power of innovation was also diminishing, as the competition was unnecessarily brutal, killing potentially useful new ideas before they can even come to full fruition.

Art had such immense power that it connected everything in the world. The music, the colors, the feeling was naturally engraved in everyone. If they could emphasize art as a common language between science and society, that would be an excellent start. So, they initiated the non-profit Art Loves Science Foundation, where art loves and supports science. By organizing concerts, art exhibits and selling Trade Marked OzdinART paintings, they decided to generate funds to support students who choose science as a path, hoping to recruit the bright minds to research. They also decided to generate funds for the early stage ideas that are innovative and collaborative, so that they can help especially young faculty to test their “crazy” ideas and see whether it works. This was too much to cover for an emerging foundation; it would be impossible for them to support every enthusiastic student in the world or every novel idea. They had to focus on their own expertise and the areas of research they are most involved in, to begin with.

Since Dr. Ozdinler was working very hard to understand the biology of upper motor neurons within the scope of ALS (amyotrophic lateral sclerosis), one of the most horrific diseases of mankind, they decided to keep focus initially on ALS research, by giving fellowships to students who want to be part of ALS research programs and for young faculty who had collaborative and innovative ideas.

Many did not understand why Dr. Ozdinler would go out of her way and work so hard to helps others. Some even suggested that this was to support her own research. What was their gain? She says, “No one will remember us with how many grants we write or how many papers we publish. We will make our impact by changing and improving the lives of others. Not all our actions have to benefit us directly, if we help others, offer solutions to big problems and generate kindness, that will eventually find its way to us in some way.” The initial stages of Dr. Ozdinler’s research were supported by the Les Turner ALS Foundation.

Both Hande and Derya believe that love of art will promote scientific discoveries, promote young scientists stay in science, and nourish innovative fragile ideas. “We need more art in science and more science in art,” they say, as they get ready for the opening of Art Loves Science Foundation with a welcoming exhibition on Dec. 15 at the Mars Gallery in Chicago (http://www.marsgallery.com) between 1:30- 5:00 p.m. They hope to be supported by art and science enthusiasts and wish them the best of luck.

She received a Harvard Center for Neurodegeneration and Repair Fellowship and became a faculty, before moving to Northwestern as an Assistant Professor. She was the founding director of the second Les Turner ALS Laboratory, building a lab that focuses on the biology of the upper motor neurons. She was elected to be one of the most influential Turkish American Women and received recognition from President Obama. She was invited to NOBEL Forum to speak about her recent discoveries. She is also the inventor of OzdinART (TM), a novel painting technique that allows 3D Ebru-like painting on canvas.

Dr. Derya Ozyurt is a process system engineer specializing in mathematical modeling, simulation and optimization. He currently works as a principal engineer at The MathWorks, Inc. providing software solutions for mathematical optimization to engineers and scientists. 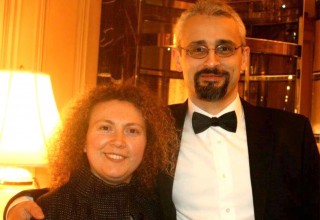 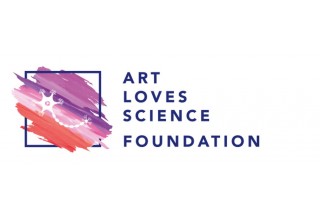 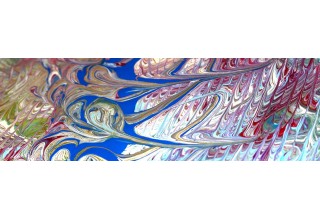