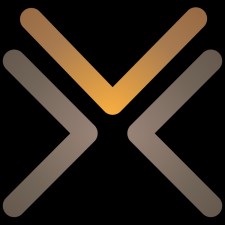 "All of our attorneys share the underlying values of our Firm as well as an ongoing commitment to each of our clients past, present and future. While the dedication and hard work of each member of our Firm is recognized and greatly appreciated, special congratulations are in order for those colleagues named to the 2019 Thomson Reuters' lists." ~ Peter T. Donnelly, Founding Partner

Mr. Blackwell was named a partner in 2015. He has more than 20 years’ experience in the areas of professional liability defense; employment law, representing employers in the defense of virtually all types of employment claims; and commercial litigation, insurance coverage matters and general liability claims defense. Throughout his career, Mr. Blackwell has been involved in several noteworthy published opinions. In addition to being named to the 2019 New Jersey Super Lawyers list, Mr. Blackwell had been named to the Thomson Reuters’ Rising Stars list in 2009.

Mr. Donnelly is a founding partner of the Firm with more than 20 years of experience. He focuses his practice on commercial real estate transactions and business and corporate law, advising closely-held businesses on such matters as the structuring and negotiation of business formations, acquisitions and sales. He also concentrates on environmental law compliance.

Mr. Falkin joined Donnelly Minter & Kelly, LLC in 2018 as Of Counsel to the Firm, focusing on the areas of commercial real estate, construction litigation, business law, and legal malpractice. Before joining the Firm, Mr. Falkin served in private practice, concentrating on real estate, transactional, construction, and business law, general commercial litigation and the review of legal malpractice claims in cases related to those areas of law. Mr. Falkin has been included on the New Jersey Super Lawyers list each year since 2013.

Mr. Galligan, who was also named partner in 2015, has appeared on the New Jersey Super Lawyers list for each consecutive year since 2015. Prior to that, he was named to Thomson Reuters’ Rising Stars lists for the years 2006 through 2009. He currently holds a rating of “Superb” from Avvo. Mr. Galligan’s practice focuses on professional liability, commercial litigation, construction law and general corporate counsel.

A founding partner of the Firm, Ms. Kelly focuses primarily on the areas of trust and estate planning and administration, and business succession planning for closely-held entities. Ms. Kelly also helps clients achieve their philanthropic goals through the structuring of private foundations and charitable trusts. Ms. Kelly has appeared on the New Jersey Super Lawyers lists each year since 2015. She holds an “AV Preeminent” rating from Martindale-Hubbell and a “Superb” rating from Avvo. Additionally, Ms. Kelly was named to New York Magazines’ list of “New York’s Women Leaders in the Law” in 2018.

Mr. Minter, also a founding partner, has appeared on the New Jersey Super Lawyers list each year since 2011. Mr. Minter concentrates his practice on the areas of civil litigation, specifically commercial litigation; liability defense and general insurance defense. In addition to the New Jersey Super Lawyers recognition, Mr. Minter has maintained an “AV Preeminent” rating from Martindale-Hubbell since 2010, and holds a rating of “Superb” from Avvo.

Mr. Limbach, a litigation associate with the Firm, focuses on commercial disputes, professional liability defense and personal injury defense. Mr. Limbach has appeared numerous times before state and federal courts in New York and New Jersey. He also has extensive experience in appellate advocacy and has appeared before the New Jersey Supreme Court and the Appellate Division. Mr. Limbach has been included on the Rising Stars list each year since 2014.

Counsel with the Firm, Mr. Trofimov concentrates on the areas of estate planning, estate administration, federal and state taxation and related matters. Mr. Trofimov has more than 10 years’ experience representing individuals, estates, corporate and individual trustees, banks and investment companies, and other business entities, including corporations, LLC’s and partnerships. This is the eighth consecutive year Mr. Trofimov has been named to the Rising Stars list in the area of estate planning and administration.

With offices in Morristown, NJ and New York, NY, the attorneys at Donnelly Minter & Kelly, LLC maintain a progressive approach and traditional values focusing on commercial litigation, commercial real estate, corporate transactions, representation of small and medium-sized businesses, and trust and estate planning and administration. For more information on the Firm, its partners and associates, visit https://dmklawgroup.com.

[No aspect of this ad has been approved by the New Jersey Supreme Court.] 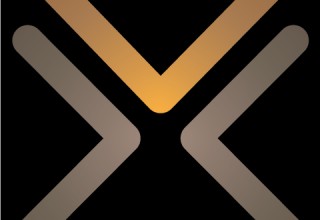 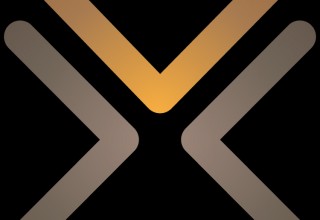