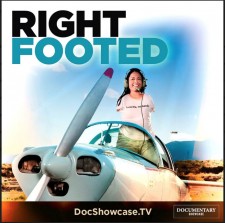 LOS ANGELES, September 6, 2019 (Newswire.com) - ​​​​Scientology Network’s DOCUMENTARY SHOWCASE, the weekly series providing a platform for independent filmmakers whose goal is to improve society by raising awareness of social, cultural and environmental issues, presents Right Footed, the uplifting documentary of how even a severe handicap didn’t stop one woman from accomplishing her dreams.

Right Footed is a documentary chronicling the incredibly inspiring story of Jessica Cox, who was born without arms but determined to live a normal life. Undaunted by the seemingly impossible challenges the birth defect posed, Jessica learned to drive a car, earned a black belt in martial arts, graduated college and became the first person in the world to pilot a plane using her feet.

Filmed over a two-year period and directed by Emmy Award-winning filmmaker Nick Spark, Right Footed was shot in the USA, Ethiopia and the Philippines, following Jessica Cox’s amazing journey of overcoming the hardships she has faced since birth. Jessica and her family give emotional and honest accounts of the strain put upon them as Jessica sought to live a normal life. But what appeared to be an absolutely tragic circumstance becomes a story of transformation and how one person turned her tragedy into her greatest asset. Her spirit put her on a journey that has captured the imagination of the world, not only for her remarkable achievements, but also for her motivational speeches and fierce advocacy for children with disabilities.

Right Footed, which premiered in Vatican City in 2015, was an official selection at over 50 film festivals and went on to win 17 awards.

Nick Spark is an American documentary filmmaker and writer. In addition to directing Right Footed, his filmmaking roster includes the Emmy Award-winning The Legend of Pancho Barnes and the Happy Bottom Riding Club and Regulus: The First Nuclear Missile Submarines. Nick is also a contributing editor to Wings and Airpower magazines. His articles have appeared in the Annals of Improbable Research, Naval History, Journal of the American Aviation Historical Society and Proceedings. 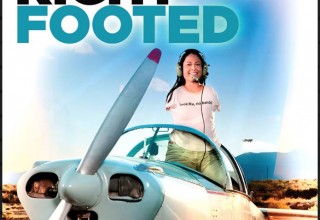 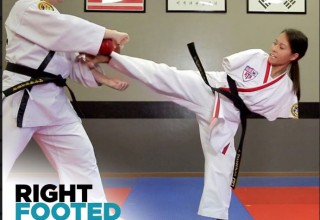 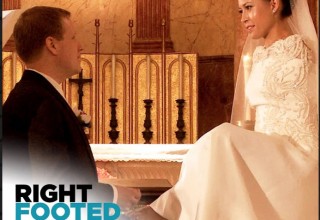 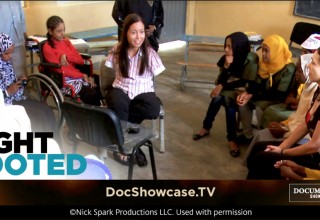