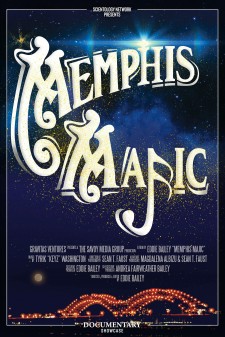 Filmmaker Eddie Bailey makes his directorial debut with Memphis Majic, deftly juxtaposing the evolution of a dance form born in Memphis against the racially charged sociopolitical environment that engulfs the city. This film and its dance (called “Jookin’”) illustrate the critical importance of art in society.

Memphis Majic takes us on a journey through the lens of a cultural revolution, with a focus on the significant and tragic role the city played in the civil rights movement and its profound influence upon the world. As the birthplace of the blues, musical legends Elvis Presley and B.B. King, Memphis again takes center stage for Jookin’—a mesmerizing dance created by the city’s African-American youth. With fluid rhythm, this distinctive dance has gained widespread popularity across the globe. And by raising awareness and appreciation for this artistic expression, these young artists help build a brighter future for a city still coming to terms in the aftermath of stark racial divisions.

Memphis-born Eddie Bailey is an Emmy-nominated producer for History of Hip Hop in the Bronx. He chose Memphis Majic as his directorial debut to share the incredibly rich and dramatic yesterday of his hometown with the world, while also introducing viewers to the unbounded creativity of the city’s underserved youth today. And by so doing, Bailey helps to shape a better tomorrow for Memphis and its African-American community.